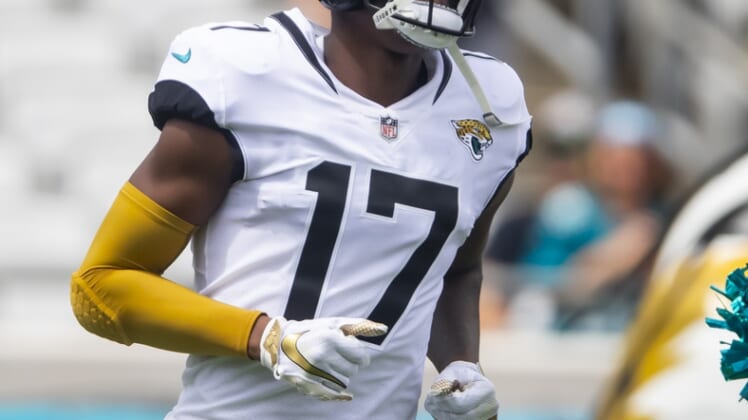 Per the report, Chark is expected to miss the remainder of the season.

Chark was injured on the running play in which he was blocking. Chark’s leg got rolled up on by teammates James Robinson and Jawaan Taylor as Robinson gained 6 yards on Jacksonville’s third offensive snap of the game.

Chark was carted off the field with 13:36 left in the first quarter.

Chark, who turned 25 one week ago, had seven receptions for 154 yards and two touchdowns in the Jaguars’ first three games this season. He overcame a broken finger during the summer but healed in time to play in Week 1.

He’s recorded 147 receptions for 2,042 yards and 15 touchdowns in 43 career games since the Jaguars selected him in the second round of the 2018 NFL Draft.