NFL Network reported that the 26-year-old has a season-ending hip injury, sustained in Sunday’s 30-10 loss to the San Francisco 49ers.

A first-team All-Pro selection as a 2017 rookie with the Detroit Lions, Agnew signed a three-year, $14.25 million contract with the Jaguars in March. 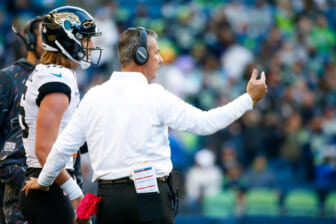 He has 24 catches for 229 yards and one touchdown, and has rushed seven times for 111 yards and one score in 10 games this season. Agnew is averaging 6.7 yards per punt return and 23.9 yards per kickoff return, including a 102-yard touchdown against the Denver Broncos on Sept. 19.

The 2017 fifth-round pick has returned four punts and two kickoffs for touchdowns in his career.