The Jacksonville Jaguars and New York Jets matchup on “Thursday Night Football” is a clash with serious NFL Playoffs implications. And several specific players competing tonight will likely have a major influence on which team leaves MetLife Stadium with a victory.

Both the Jaguars and Jets are sitting just outside the AFC Playoff picture, but both have very different routes for how they can reach the postseason. New York has no chance of winning the division, however, they are only a game out of the sixth and seventh seed in the AFC bracket.

The Jacksonville Jaguars on the other hand are a full two games out of the final spots in the AFC Wild Card round. However, they are a part of a weak AFC South division in 2022 and sit just a single game out from a tie for first place with the Tennessee Titans. And their recent hot play — winning three of their last four — has made them an odds-on favorite to win the division.

Related: NFL games today – Get watch times and odds for the Week 16 slate of games

Yet, before either team can start making plans for games in January they need to get a couple more wins this season, and that must start on Thursday night. There is a lot on the line in this matchup of surprise teams in 2022, and these five players could have a big impact and are ones to watch in Week 16.

Every game is now make-or-break for New York Jets quarterback Zach Wilson. After being benched four weeks ago, the former first-round pick was reinstalled into the starting spot last week after his replacement, Mike White, went down with a rib injury.

While they didn’t get the win against the Lions, Wilson’s career wake-up call delivered better results. If he hopes to permanently regain his spot as the team’s starter and leader, he must play well and deliver the Jets a victory. If Wilson can navigate the New York Jets back to the playoffs, it will help shift the narrative away from him being another QB draft bust. 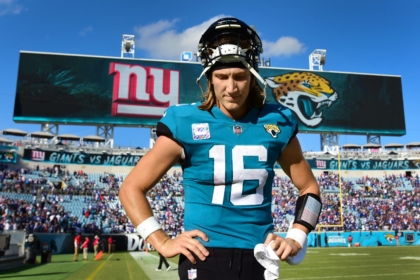 Outside of a poor showing against the Lions three weeks ago, Trevor Lawrence has shown the franchise QB potential that made the Jacksonville Jaguars take him with the top overall pick in the 2021 NFL Draft. In wins recent against the Ravens, Titans, and Cowboys, Lawrence has thrown for well over 300 yards and three or more touchdowns in each game.

While those teams have solid to good defenses, none of them are as formidable as a New York Jets squad that includes two Pro Bowlers in Sauce Gardner and Quinnen Williams. If the young QB can perform well against this defense and guide the Jags to another W on Thursday, it would send a message to the AFC that Jacksonville is for real, and they have a star QB in their midst.

Christian Kirk was one of several free agents that the Jacksonville Jaguars splurged on this offseason. And while he has not been as impactful as other big-time wideouts acquired in the spring, the five-year veteran has been a serious upgrade at wideout as he closes in on the first 1,000-yard receiving season of his career.

However, Kirk will face the biggest challenge of his young career when he tries to make some plays with the cornerback combo of Gardner and D.J. Reed hounding him all night. If Kirk can somehow gut out a strong performance, that would be a monumental feat and could be the difference maker in the game. 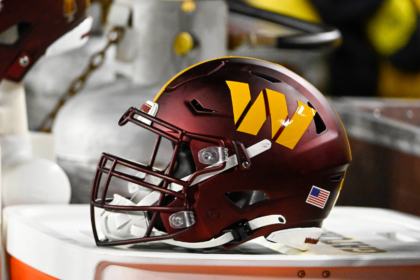 Kirk isn’t the only player with the chance to have the first 1,000-yard season of their NFL career. Travis Etienne is on the brink of a landmark moment after missing all of his rookie season following surgery to repair a Lisfranc injury.

The 2021 first-round pick has had a very solid year and Thursday night could be his chance to carry the Jacksonville Jaguars offense on his back for the first time. While the New York Jets can be nearly impossible to pass on at times, their rushing defense is more of a weakness.

They are still among the 11 best teams in the NFL at stopping the run, but if the Jags are to get any momentum on offense, they will need Etienne to lead the way and set up their play-action pass options to make big plays down the field. That is why he is a key player to watch tonight.

Despite having to catch passes from three different quarterbacks this season, Garrett Wilson has quietly had an exceptional rookie year and is on pace to win NFL Offensive Rookie of the Year honors in 2022.

Wilson leads all rookies in receiving yards (966) and catches (67), and outside of a quiet game in Week 11 against the Patriots, the first-round pick has been a consistent anchor in the passing game the last seven weeks.

In that time, he has reeled in near or above 100 yards in each game. In big moments, you need big players making big plays. Wilson has shown the pedigree to do that and will have a national stage to make a statement on Thursday night.