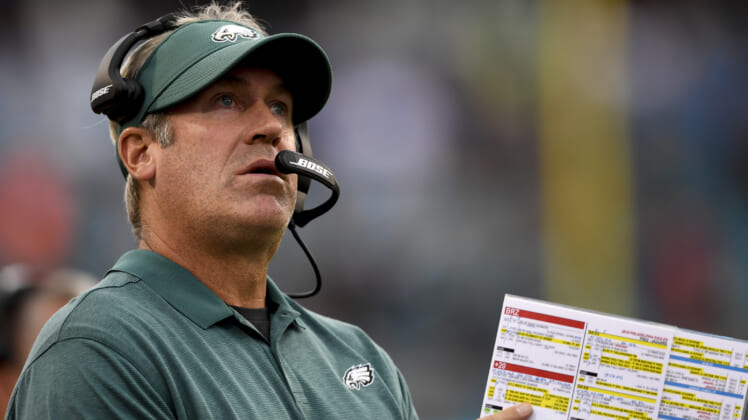 In search of their next head coach after the Urban Meyer tenure was a miserable failure, the Jacksonville Jaguars aren’t wasting any time getting started. Now that NFL teams can officially begin interviewing coaches from other staffs, the Jags aren’t going that route immediately.

Instead, they will reach out to Doug Pederson, who the organization intends to interview Thursday for their open head coaching position according to Ian Rapoport of NFL Network. It will be their first interview since hiring Meyer.

Pederson isn’t currently coaching with any organization as he’s taking a year away after being fired as the Philadelphia Eagles’ head coach just three years after winning the franchise’s only Super Bowl. 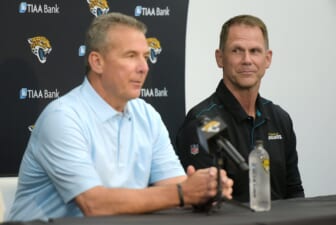 Doug Pederson hiring would be good for Jacksonville Jaguars

As a former quarterback himself, Pederson wouldn’t be a bad place to start as the Jags prioritize the development process of Trevor Lawrence. With Lawrence reportedly seeking some “say” in the interviewing/hiring process, it makes sense to find bright offensive minds who have experience working with top quarterback talents.

Though the Jags still have two games left to play, it shouldn’t surprise anyone if they ultimately land on Pederson as their next coach. Getting ahead of the pack by interviewing him now could create a surge of firings around the NFL, with other teams getting nervous about one of the most experienced and qualified options no longer being available.

While Darrell Bevell is currently filling the head coach role on an interim basis, the Jaguars plan to launch a full-scale interview process for their next coach. There are already several rumored candidates the team is said to be interested in. From former Jaguar Byron Leftwich, Todd Bowles, Jim Caldwell, and more. For now, they’re starting with Pederson.