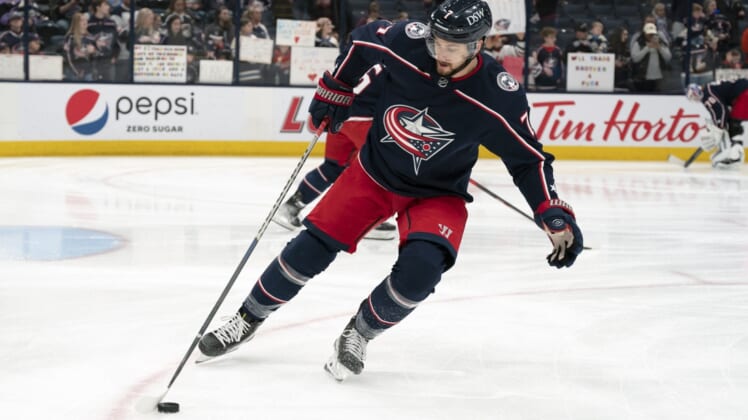 Columbus Blue Jackets forward Sean Kuraly has been placed in the NHL’s COVID-19 protocol and will miss Saturday’s game against the host Detroit Red Wings.

Kuraly, 29, has recorded 28 points (12 goals, 16 assists) in 72 games this season, including four points (one goal, three assists) in his past four contests.

He was selected by the San Jose Sharks in the fifth round of the 2011 NHL Draft. He was acquired by the Bruins on June 30, 2015, along with fellow forward Trent Frederic in exchange for goaltender Martin Jones.

He signed a free-agent contract with the Blue Jackets last July.