Jack Nicklaus: Greg Norman still a friend, but not ‘eye to eye’ on LIV 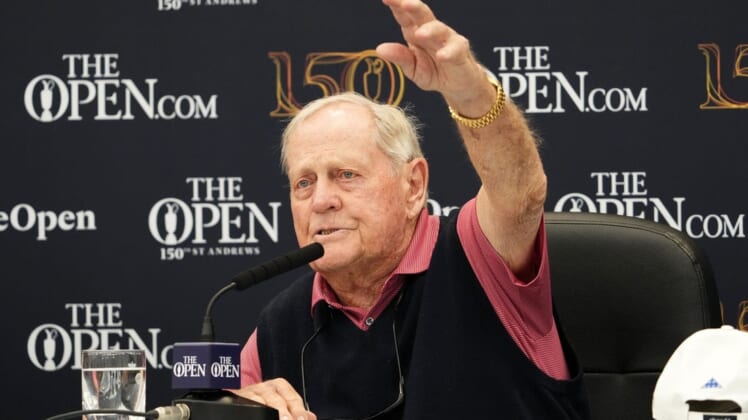 Jack Nicklaus did not want to wade much further into the ongoing melodrama between LIV Golf and the rest of the golfing world.

“Let me just sum this up with a couple of words,” Nicklaus said. “First of all, Greg Norman is an icon in the game of golf. He’s a great player. We’ve been friends for a long time, and regardless of what happens, he’s going to remain a friend. Unfortunately, he and I just don’t see eye to eye in what’s going on. I’ll basically leave it at that.”

Nicklaus was speaking with reporters at St Andrews in Scotland ahead of this week’s Open Championship. Earlier Monday, it was announced that he was being named an honorary citizen of St Andrews, just the third American to receive that distinction.

Norman was a topic of discussion in Scotland after the R&A, the governing body that organizes the Open, said it did not invite Norman to the “Celebration of Champions” and the champions’ dinner this year due to the controversy surrounding LIV. Norman, of Australia, won the Open in 1986 and 1993.

Nicklaus previously revealed to author Alan Shipnuck that LIV approached him to be the face of the organization, offering the legend “something in excess of $100 million.”

But Nicklaus turned it down, saying he had to remain loyal to the PGA Tour.