New Jersey Devils center Jack Hughes, a 20-year-old who is in his third NHL season, signed a $64 million, eight-year contract extension with the team on Tuesday.

Hughes is in the last year of a three-year, entry-level deal with the Devils and would have been eligible to become a restricted free agent after this season.

The Devils, 9-6-4 and in sixth place in the Metropolitan Division, announced the new contract before their home game against the San Jose Sharks on Tuesday night.

Hughes, who has three points (two goals, one assist) in two games this season, has been sidelined for 17 games with a dislocated shoulder but was expected to return against the Sharks. 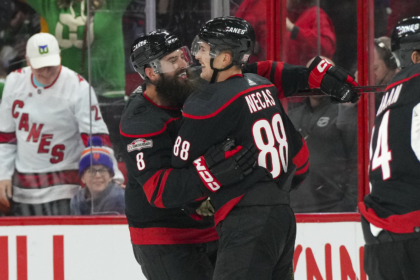 “I’m so excited to sign this deal for myself and for my family,” Hughes said Tuesday. “I love being in New Jersey, and I love playing in New Jersey. I wouldn’t want to play anywhere else, and we are really building something special. … This contract shows that this team is extremely invested in me and I’m also really dedicated to this organization.”

“Today is a big day for the New Jersey Devils,” general manager Tom Fitzgerald said. “This contract shows the commitment Jack and his family have made to us, and how the organization … are in turn committed to them. We are building something unique and special here, with Jack being a core piece of that.”