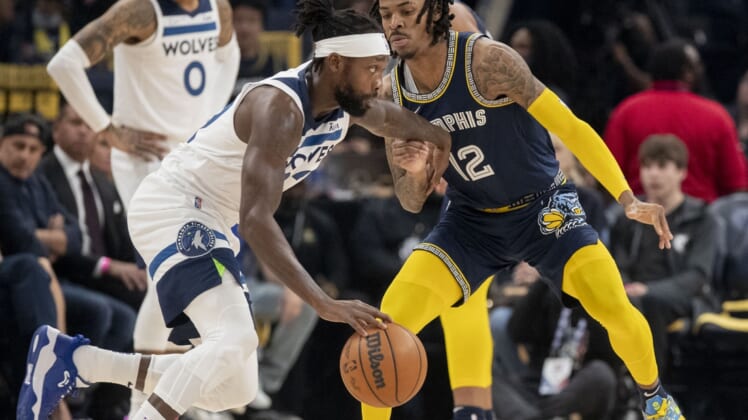 Ja Morant scored 18 of his game-high 30 points in the fourth quarter, including a tiebreaking layup in the final second, and the Memphis Grizzlies defeated the Minnesota Timberwolves 111-109 on Tuesday to take a 3-2 lead in their first-round Western Conference playoff series.

Morant’s driving basket under duress as time expired capped a whirlwind final 2:01 in which the 2021-22 NBA Most Improved Player scored the Grizzlies’ final 11 points.

Memphis will try to wrap up the best-of-seven series in Minneapolis on Friday.

With Minnesota up by two and 1:03 to play, Memphis’ Brandon Clarke — who finished with 21 points and a game-high 15 rebounds coming off the bench — tipped the carom off a missed Tyus Jones 3-point attempt out to Morant at the top of the key.

Morant’s ensuing 3-pointer was his first made attempt from beyond the arc on the night, and it gave Memphis its first lead since the late first quarter. The Timberwolves built an advantage of as many as 13 points in the second half, including in the fourth quarter when Karl-Anthony Towns connected on one of his five made 3-pointers on seven attempts.

After Towns’ 3-pointer pushed Minnesota ahead 92-79 with 9:38 left, Memphis dominated the rest of the fourth quarter.

Following Morant’s go-ahead trey, Minnesota fed Towns the ball on the ensuing possession, but he lost control for the last of his seven turnovers.

Timberwolves guard Jordan McLaughlin, who went 4-of-4 from 3-point range in Minnesota’s win Saturday, took the sideline inbounds pass and served as a decoy. He snapped a bounce pass to Anthony Edwards, who sank a game-tying 3-pointer with 3.7 seconds to go, the last basket of his 22-point night.

Morant’s lay-in on the other end broke the tie.