Ja Morant would do NBA dunk contest only for $1 million 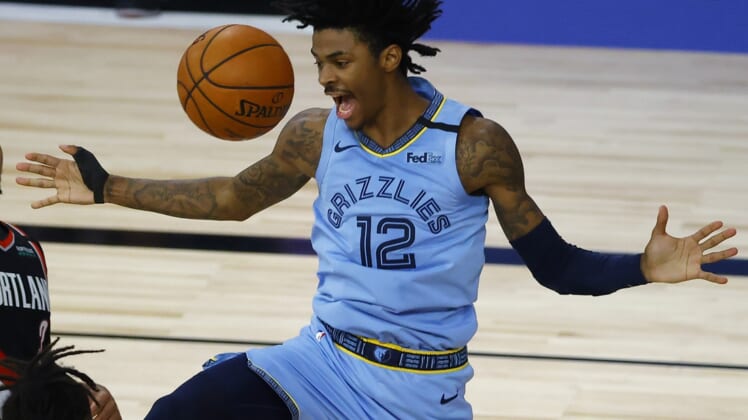 Memphis Grizzlies point guard Ja Morant has yet to appear in a dunk contest over NBA All-Star weekend and he’s not likely to either, saying in an interview that he would only do it for $1 million.

Morant, 22, made the comments to Bleacher Report in an interview posted to YouTube on Monday.

Morant was not happy with the result of the 2020 contest, believing Aaron Gordon should have won over Derrick Jones Jr.

“Judging, the past two years. I was like, ‘Nah,'” Morant said of why he’s not likely to participate. “They give me a mill, I’ll go in the dunk contest. Otherwise, I’ll be watching, sending out my tweets judging and stuff.”

Morant said former players should be judges, adding that they know the criteria the best.

“How many people can actually do this dunk?” Morant said. “Just because people make dunks look easy, it’s not. They look at is, ‘That was too easy.’ Eight instead of a 10.”

He also said the monster dunks being done in games themselves have lessened the impact of the contest.

If he were to participate, Morant said he thinks Zach LaVine, Gordon and a toss-up between Jones Jr. and Zion Williamson would give him a run for his money.