Report: Grizzlies ‘locked in’ on selecting Ja Morant with No. 2 pick 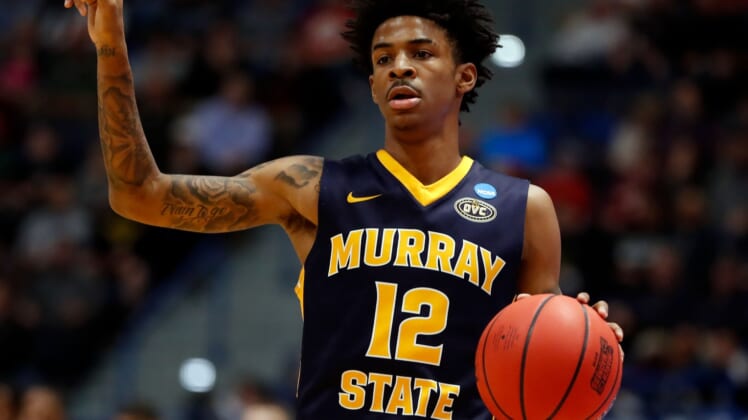 The Memphis Grizzlies have the No. 2 pick in the 2019 NBA Draft. And all signs point to them using that pick on Murray State guard, Ja Morant.

Jonathan Givnoy of ESPN reported the news on Wednesday, noting that the front office is “locked in” on Morant.

There are really no surprises here.

Duke forward Zion Williamson is the clear No. 1. But after him, Morant has been pegged as likely the No. 2 pick for quite some time. Murray State lasted only two games in the NCAA Tournament, but Morant made quite an impression. In the Racers win over Marquette, he posted only the eighth triple-double in tournament history.