Ja Morant, Grizzlies get past Cavs for sixth straight win 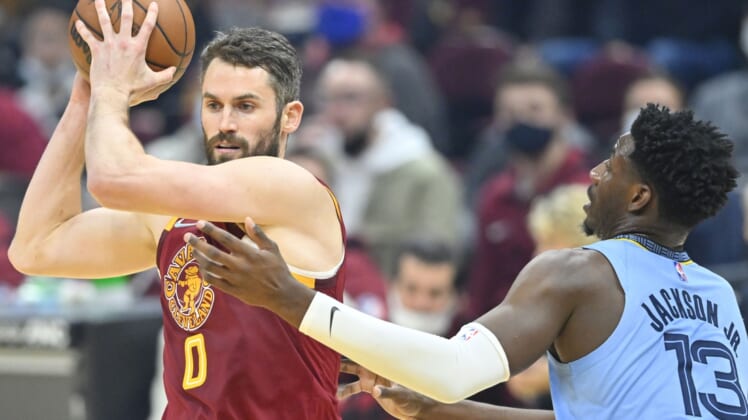 Ja Morant scored 26 points and Jaren Jackson Jr. added 22 to propel the visiting Memphis Grizzlies to a 110-106 victory over the Cleveland Cavaliers on Tuesday.

Morant, the Western Conference Player of the Week, made several crucial plays in the waning moments to send Memphis to its season-high sixth straight win and 16th in its last 20 games.

Jarrett Allen’s dunk and rookie Evan Mobley’s short jumper helped Cleveland forge a tie at 104 with 36.7 seconds to play before Morant answered with a bucket in the paint. Morant stole the ball on the Cavaliers’ ensuing possession and scored at the other end before answering Lauri Markkanen’s layup with a pair of free throws to seal the win.

Cleveland’s Darius Garland recorded 27 points and 10 assists in his return from a four-game absence due to health and safety protocol.

Allen collected 22 points and 12 rebounds for the Cavaliers, who have lost four of their last five games and both encounters vs. Memphis this season. Cleveland dropped a 132-121 decision to the Grizzlies in the season opener on Oct. 20.

Kevin Love had 18 points and 10 boards, and Mobley finished with 17 and eight.

Cleveland seized a 55-44 lead with 3:57 to play in the second quarter before Memphis countered with a 13-0 run to end the half. Clarke scored six points, Morant added four and Desmond Bane drained a 3-pointer to highlight the surge.

Both teams tightened up defensively in the third quarter before the Grizzlies scored seven of the final 10 to secure a 76-75 lead.

Allen converted an alley-oop to give the Cavaliers a 90-87 lead with 7:07 to play before Memphis countered with an 11-2 run. Ziaire Williams scored five points to highlight that surge.

Prior to the game, Memphis’ Taylor Jenkins was named the Western Conference Coach of the Month for December.

Veteran guard Rajon Rondo did not play on Tuesday, one day after he was acquired by Cleveland in a three-team trade involving the Los Angeles Lakers and New York Knicks.