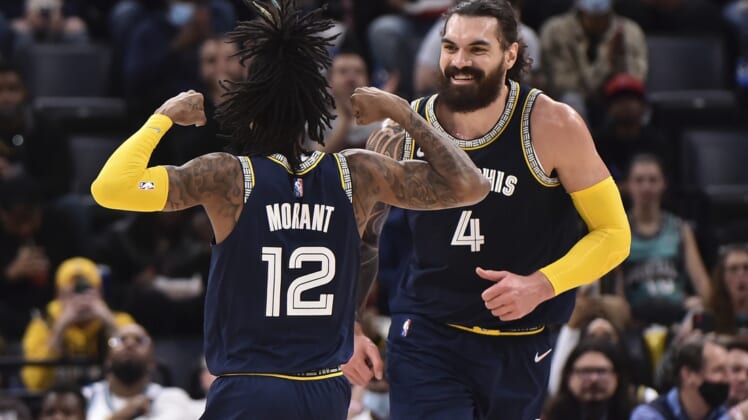 Ja Morant scored 30 points, 20 of them in the first half, as the Memphis Grizzlies took control late in the third quarter and defeated the visiting San Antonio Spurs 118-105 on Friday to capture their fourth straight win.

The Grizzlies led by just two points at halftime and trailed early in the third quarter before rallying over the final six minutes of the period. Memphis pushed its lead to 16 points three minutes into the fourth and held on from there, never allowing the Spurs closer than 14.

Tyus Jones scored 18 points for the Grizzlies while Desmond Bane and Brandon Clarke added 17 points each. Steven Adams (12 points, 13 rebounds) and Jaren Jackson Jr. (12 points, 11 rebounds) both racked up double-doubles. Memphis has won 14 of its past 18 contests.

Tre Jones tallied 13, Lonnie Walker IV had 11 and Keita Bates-Diop took 11 rebounds for the Spurs, who have dropped two straight after posting a three-game winning streak. San Antonio plays its next six games on the road against Eastern Conference teams.

The Grizzlies led for the majority of the first quarter and by as many as nine points before Clarke’s jumper with 3 seconds to play granted Memphis a 32-26 advantage after 12 minutes of play.

San Antonio rallied to go in front 48-47 on Tre Jones’ layup at the 5:31 mark of the second quarter and pushed its advantage to four points on a 3-pointer by Jones two minutes later. The Grizzlies roared back behind eight points from Morant and went to the break ahead 63-61.

Morant led all scorers with 20 points in the half while Clarke added 11 off the bench and Adams pulled down 7 rebounds for the Grizzlies. Jones paced San Antonio with 11 points, with White hitting for 10 and Bates-Diop grabbing 7 rebounds over the first 24 minutes of play.

The game was tied at 74 midway through the third quarter before the Grizzlies reeled off a 10-1 run to retake control. A dunk by Clarke on an assist by Morant with 8.1 seconds to play in the third quarter sent Memphis to a 90-79 lead heading to the final period.