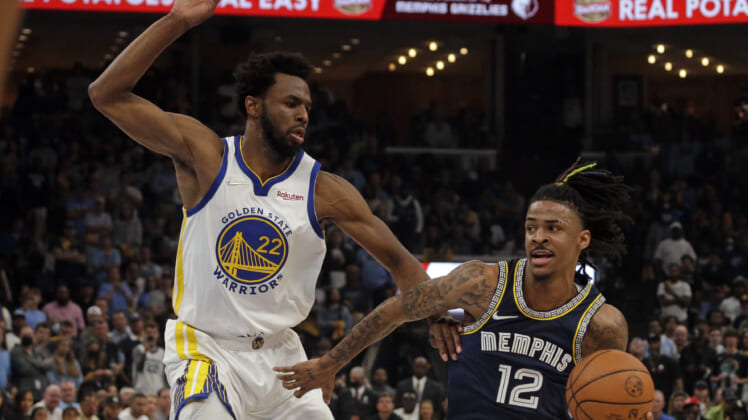 Ja Morant and the Memphis Grizzlies are battling the Golden State Warriors in Game 3 of their second round NBA Playoff series. Currently tied at 1-1, it’s been a heated battle in the Bay Area as both teams look to gain the high ground.

Just before the end of the second quarter, with the Grizzlies trailing 54-64 to the Warriors, Morant received the inbound pass from Desmond Bane and was only able to get two dribbles in before being forced to shoot in an attempt to beat the buzzer.

With Andrew Wiggins closing in as Morant rose to shoot the halfcourt shot, he launched the ball toward the hoop in a hail mary attempt, which hit nothing but net. The make was his fourth made three-point shot of the half, sending the Grizz to the break down by just seven points.

Morant has 17 points in the first half alone.

Game 4 will be another home game for the Warriors, starting at 10 PM EST on Monday night airing on TNT.