J.T. Brubaker pitches the Pittsburgh Pirates past the Milwaukee Brewers 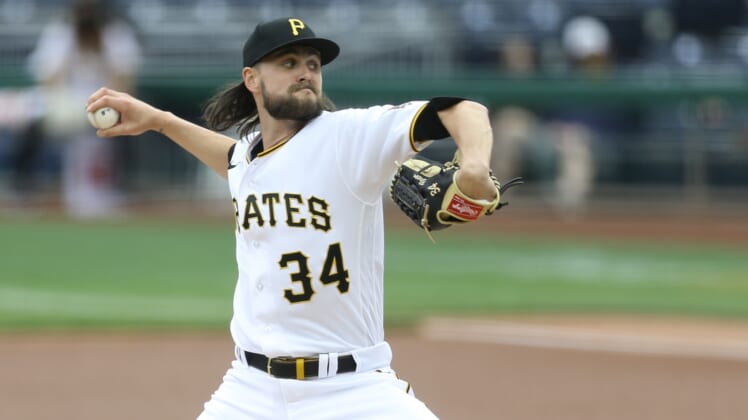 Colin Moran and Gregory Polanco homered Friday to back a strong start by J.T. Brubaker as the visiting Pittsburgh Pirates topped the Milwaukee Brewers 6-1.

Adam Frazier added a two-run triple, Bryan Reynolds an RBI double for the Pirates, who have won five of their past seven games.

Brubaker (2-0), making his 12th career start, gave up one run and four hits, with no walks and eight strikeouts, in six innings to win his second straight start.

Tyrone Taylor hit an RBI double for the Brewers, who have lost two of their past three.

Moran led off the second with his third homer, to left, for a 1-0 Pirates lead.

Brubaker through two innings made 14 pitches — 12 of them strikes — to become the first major leaguer this season to get through the first two frames with that low a number of deliveries, according to AT&T Sportsnet.

The Pirates opened the fifth with Kevin Newman’s infield single. He initially was called out, but Pittsburgh won a challenge. Dustin Fowler singled Newman to second.

Brubaker struck out, but with the top of the order up, the Brewers pulled Houser for Brent Suter. Frazier greeted Suter with a triple down the line in right, driving in Newman and Fowler for a 3-0 Pittsburgh lead.

After Phillip Evans struck out, Reynolds doubled to right, bringing in Frazier to make it 4-0.

Milwaukee broke through in the fifth. With one out, Jace Peterson singled up the middle. Taylor, who was promoted from the alternate training site this week with Lorenzo Cain going on the IL, smacked a double to the gap in left-center to drive in Peterson and draw the Brewers to within 4-1.

Polanco’s two-out, two-run homer to center, his second, after Reynolds led off the eighth with a walk pushed the lead to 6-1.