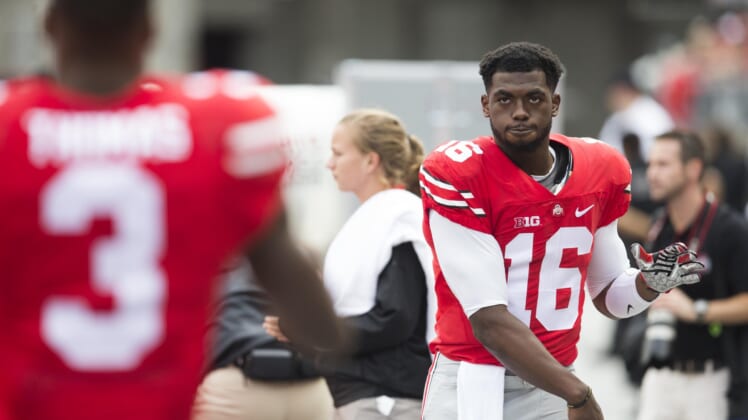 Saquon Barkley deservedly was getting all the attention early in the Penn State-Ohio State game, but J.T. Barrett also deserves to be recognized for his own greatness.

After Barkley ripped off his second touchdown of the game to give Penn State a 21-3 lead, Barrett answered with a 14-yard touchdown pass to Terry McLaurin to cut the lead. That touchdown was Barrett’s 91st career touchdown pass, which set a new Big Ten record.

Drew Brees had the previous record, which Barrett tied two weekends ago against Nebraska, of 90 career touchdown passes.

Barrett has had an up-and-down career with the Buckeyes. But this season he’s been playing at an exceptionally high level. He entered Week 9 with 1,838 yards, 21 touchdowns and just one interception passing, leading Ohio State to a record of 6-1 heading into the Penn State game.