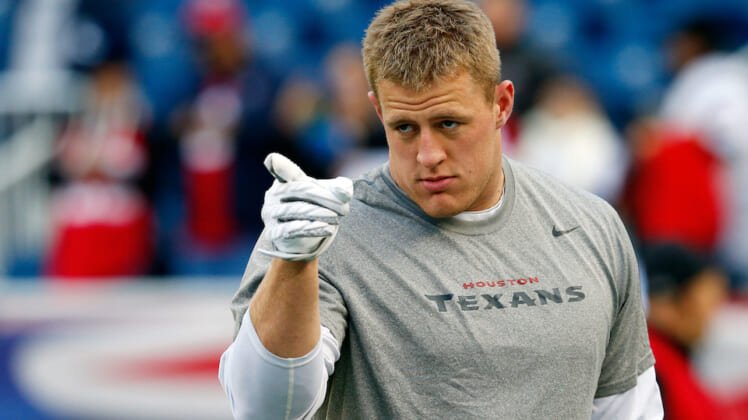 J.J. Watt is a member of the Houston Texans nowadays, but he’s a Wisconsin boy, through and through. So, it wasn’t surprising to see him express some disgust during Saturday night’s Orange Bowl between the Badgers and Miami Hurricanes.

After watching some reviews that resulted in questionable results, at best, Watt tweeted what many of us were likely thinking.

Based off the last two reviews, video replay guy might be hammered… #OrangeBowl

The most egregious error we saw was Wisconsin’s Jonathan Taylor being charged with a lost fumble on the game’s first offensive possession. He did lose the ball, but he was ruled down by contact on the field, and to our eyes, replay did not definitively provide evidence to overturn it.

For what it’s worth, many people agreed with Watt about this one.

What was the replay official looking at on Jonathan Taylor's supposed fumble? His knee & elbow were both on the ground before the ball came out! Must be from Miami or something or else he panicked and called it the wrong way just to make a call!

Wow refs didn't waste any time screwing this game up. Seemed pretty clear that wasn't a fumble by Jonathan Taylor

I count three missed/awful calls going against Wisconsin so far.

Good to see keeping the faith with Jonathan Taylor. Feed the beast after the "fumble" as he gives us the best chance. #OnWisconsin #OrangeBowl pic.twitter.com/RtJabmY0zu

Officiating has been pretty darn awful throughout bowl season. The Music City Bowl was by far the worst of the bunch. Saturday night’s Orange Bowl is pretty tame, by comparison. But it’s not too much to ask that the people in charge of replays actually make sense, right?