J.J. Watt has hilarious reaction to brother signing with the Steelers 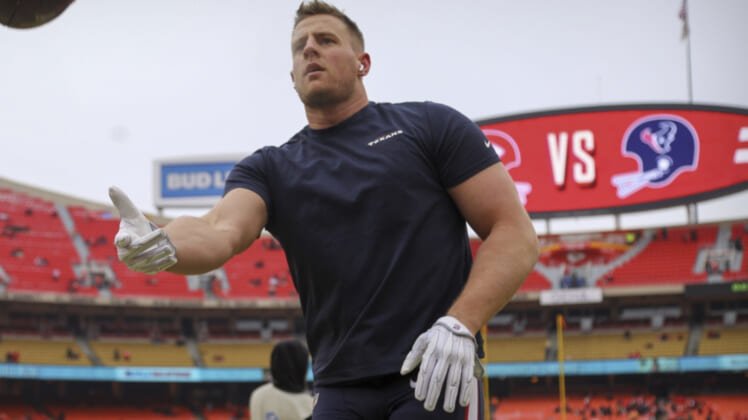 Pure comedy gold. That’s what you get when John C. Reilly and Will Ferrell team up together on the set.

We’re not sure how the pairing of Derek and T.J. Watt is going to go with the Pittsburgh Steelers. But it should be interesting. The former inked a deal with Pittsburgh to be its starting fullback this coming season. Meanwhile, T.J. returns as one of the best edge rushers in the NFL.

There’s certainly going to be some sibling rivalry between the two in the Steel City. Just don’t forget about Houston Texans star J.J. Watt, who had this tremendous reaction to his two brothers uniting in Pittsburgh.

Again, pure comedy. Everything is awesome when it comes to this. The Steelers’ tweet. J.J. Watt’s reaction.

For those of you who are too young, this is what they are referencing.

Now that you might have extra time while in quarantine, give this flick a watch. It will be well worth your time. As a bonus, you’ll also be caught up on the lingo between the Watt brothers come NFL season.