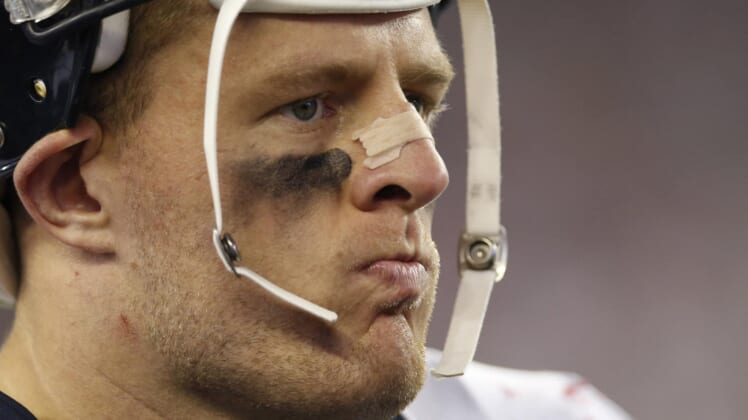 Houston Texans defensive end J.J. Watt may be one of the best football players on the planet. When on the field, his ability to dominate the opposition is something we have rarely seen from a defender in the history of the NFL.

Watt, who is out for the season with a back injury, also understands just how dangerous the game of football is. The former Defensive Player of the Year considered retirement this past offseason and has feared in the past that his football career might be cut short to injuries (more on that here).

To say that Watt has a working understanding of the risk football players take would be a gross understatement. He’s as aware, if not more so, of the possibility of injury than any other player in the league.

In staying true to his off-field altruism and his understanding of the on-field risk players take, Watt has reportedly donated $10,000 to the family of a Texas high school football player that was severely injured during a game in Waco this past weekend.

Woodlands high school football player Grant Milton suffered a serious head injury during a game at McLane Stadium on Saturday and was rushed to the hospital after suffering seizures on the sideline.

The young man has been undergoing CT scans since the injury and is using a ventilator to breathe. To say that it’s a dire situation would be an understatement.

It’s in this that Watt has acted as a geniune hero to a young man that will be forced to go through the toughest battle of his life. Watt has been a fixture in the local Houston area as someone who gives back to the community. This is just the latest example of his altruism impacting those who need it the most.