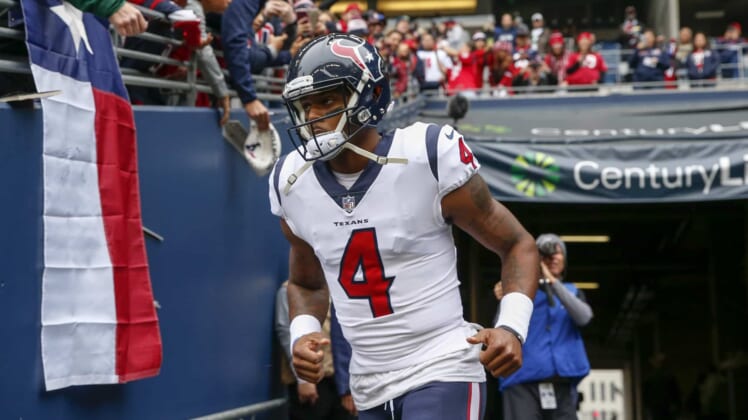 If the Houston Texans find themselves healthy this coming season, there’s a darn good chance the team will compete with Jacksonville for the AFC South title.

Given that star quarterback Deshaun Watson suffered a torn ACL last season and three-time Defensive Player of the Year J.J. Watt missed all but five games with a tibia fracture, that’s in no way a guaranteed.

The good news here is that both appear to be progressing at a rapid clip and are expected to be healthy for the start of training camp.

Good news for the #Texans: Stars Deshaun Watson (ACL) and JJ Watt (tibial plateau fracture) are progressing so well that, at this point, neither are expected to start training camp on the PUP list, I’m told. After a rough 2017 injury-wise, Houston will begin 2018 healthy.

Watt posted a video of the two working out together earlier in the offseason. At that point, it seemed that things were progressing well. This recent report seems to confirm our suspicions.

A first-round pick out of Clemson last year, Watson awed onlookers in what was a brief sample size as a rookie. He tallied 21 total touchdowns in seven games (six starts) while leading the Texans to an average of 31.3 points per game when under center.

For his part, Watt has played in a grand total of eight games over the past two seasons due to numerous injuries.

The game’s best defensive player will have to remain healthy throughout the 2018 season in order for Houston to have a shot in what has to be described as an extremely competitive AFC South.