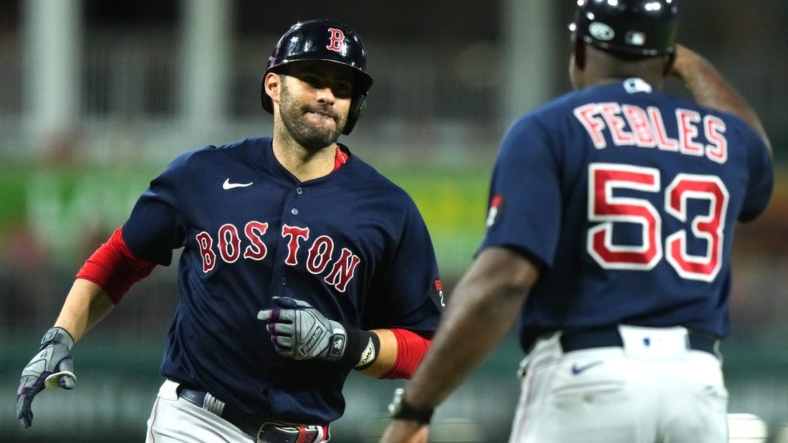 J.D. Martinez’s power bat has been missing in action this season and the five-time All-Star is in danger of hitting less than 20 homers in a full-length season for the first time since 2017.

But Martinez is showing signs of finding his stroke and he will look to inflict more damage when the Boston Red Sox (72-75) visit the Cincinnati Reds on Wednesday in the finale of a two-game set.

The homer was Martinez’s first of the month and just his third over his past 51 games.

“It felt good,” Martinez said. “Feel like I haven’t done that in a while. It’s always good when you hit the ball on the barrel.”

“He’s still a good hitter,” Cora said. “A hitter that has hit the ball hard with no luck. You have years like that. One thing about him, he’s going to keep grinding all the way to the end.”

Martinez’s blast was one of three Boston homers in the opener. Rob Refsynder hit the tiebreaking homer in the fourth inning and Rafael Devers hit a two-run shot in the ninth.

Refsnyder’s homer went into the second deck in left. He said he spoke to some members of the coaching staff prior to the game and made an adjustment.

“I was kind of tying myself up against lefties,” Refsnyder said. “It’s really nice when you make a little adjustment before the game and it pays off.”

Xander Bogaerts was 0-for-2 with three walks as his batting average dropped to .315. Bogaerts is narrowly behind American League leader Aaron Judge (.316) of the New York Yankees and slightly ahead of third-place Luis Arraez (.314) of the Minnesota Twins.

Cincinnati has lost 10 of its last 12 games.

TJ Friedl homered on Tuesday and Jake Fraley and Donovan Solano each had three hits for the Reds.

Cincinnati center fielder Nick Senzel crashed into the wall attempting to catch Martinez’s triple and had to depart the contest. He broke his left toe, and will miss the rest of the season.

“It was good to be back out there,” Senzel told The Cincinnati Enquirer. “I have a good plan going into the offseason. Being around the guys, I was going through the challenges of the season. The highs and lows and all of it. It’s important for years to come.”

Anderson, 34, defeated the St. Louis Cardinals on Thursday when he gave up one run and one hit in five innings. It represents his longest outing in five appearances (four starts) this season with Cincinnati.

Anderson has a 7.64 ERA in five career appearances (four starts) against the Red Sox. Bogaerts (5-for-10, three doubles) and Tommy Pham (4-for-14, two homers, one double) have fared well against Anderson.

Seabold is making his fourth start of the season, but first in the majors since July 8. He went on the 15-day injured list with a forearm strain the following day and was later optioned to Triple-A Worcester.

The 26-year-old gave up seven runs and nine hits in two of his three major league starts this season. He is 8-2 with a 3.32 ERA in 19 Triple-A starts.