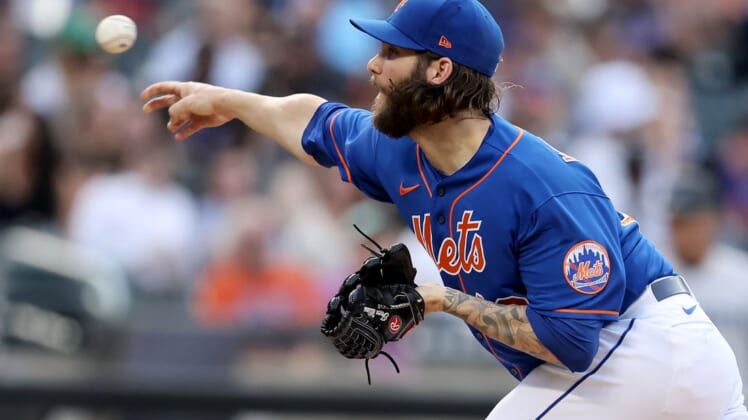 James McCann hit a three-run homer for the Mets, who have won five of seven. The Marlins lost their second straight following a six-game winning streak.

Williams, who hadn’t thrown more than five innings in any of his first 25 appearances (10 starts) with the Mets dating back to last year, walked none and struck out seven.

He gave up Miguel Rojas’ third-inning double down the shift-vacated first base line and Jesus Aguilar’s seventh-inning single off the glove of second baseman Jeff McNeil. Aguilar tried extending the single into a double and was thrown out by right fielder Starling Marte.

The start marked the first time Williams (2-5) pitched at least seven innings and gave up two hits or fewer since he twirled seven innings of one-hit ball for the Pittsburgh Pirates against the Milwaukee Brewers on June 18, 2018.

Jake Reed retired all six batters he faced to complete the Mets’ 12th shutout of the season.

The Mets delivered all the runs they’d need off Daniel Castano (1-2) in the third inning. Davis led off with a double and scored on Brandon Nimmo’s one-out double. Francisco Lindor beat out an infield single with two outs and Nimmo scored when Rojas, the shortstop, threw the ball away.

The Mets scored four runs, all with one out, in the fourth, when Mark Canha and McNeil singled before Davis hit an RBI single. McCann followed with his homer — his second of the year and first since April 22.

Davis turned the game into rout by hitting his first career grand slam in the fifth off Jimmy Yacabonis. It was his third homer of the year. The designated hitter, who entered Thursday with three career four-RBI games, finished 3-for-4. He missed a chance to complete the cycle in the seventh inning, when he struck out.

Castano allowed six runs (five earned) on nine hits and no walks while striking out two in four innings.