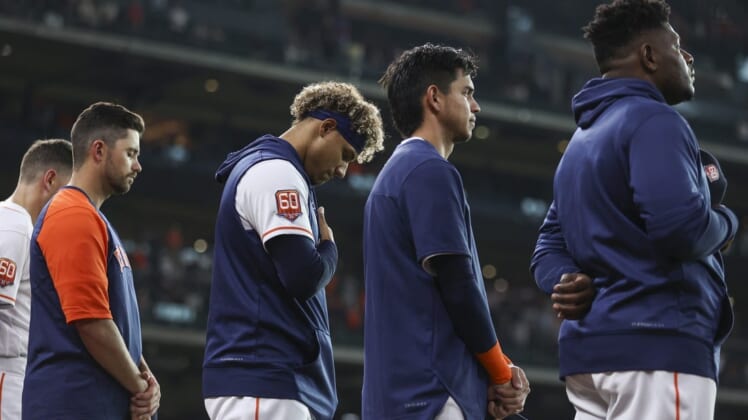 Steve Kerr sat down at his pregame press conference Tuesday and was quite clear with the assembled media.

There would be no discussion about Stephen Curry or Luka Doncic. Not on this day.

“When are we going to do something?” Kerr shouted, pounding his hands on the table. “I’m tired, I’m so tired of getting up here and offering condolences to the devastated families that are out there. Excuse me, but I’m tired of the moments of silence. Enough!”

Kerr, one of the sports world’s most outspoken critics against gun violence, went on to call out the U.S. Senate for its inaction in the wake of mass shootings. In particular, Kerr aimed his ire at the Senate’s failure to vote on universal background checks for gun purchases.

“We’re going to go play a basketball game, and 50 senators in Washington are going to hold us hostage. … They won’t vote on it because they want to hold onto their own power. It’s pathetic. I’ve had enough,” Kerr said before storming out of the room.

Tuesday’s shooting captivated the attention of the entire sports world, particularly the teams based in Texas. The tragedy took place about 400 miles from Dallas and less than 100 miles from San Antonio.

“Uvalde, There are no words right now,” tweeted the San Antonio Spurs. “Our hearts are with you and all of our neighbors impacted by today’s horrific shooting.”

The Houston Astros held a moment of silence before their Tuesday evening home game against the Cleveland Guardians.

Athletes chimed in, as well, offering everything from thoughts and prayers to calls for action and demands for policy alterations.

Los Angeles Lakers star LeBron James tweeted, “These are kids and we keep putting them in harms way at school. Like seriously ‘AT SCHOOL’ where it’s suppose to be the safest! … There simply has to be change! HAS TO BE!!”

There simply has to be change! HAS TO BE!! .. Praying to the heavens above to all with kids these days in schools.

Breanna Stewart of the Seattle Storm tweeted: “Uvalde, Texas. The unthinkable and unimaginable. As I look at my daughter my heart is hurting for all the lives lost and their loved ones. A parents worst nightmare. Enough is enough.”

Uvalde, Texas. The unthinkable and unimaginable. As I look at my daughter my heart is hurting for all the lives lost and their loved ones. A parents worst nightmare. Enough is enough. No more gun violence, no more terrorism. This is sickening.