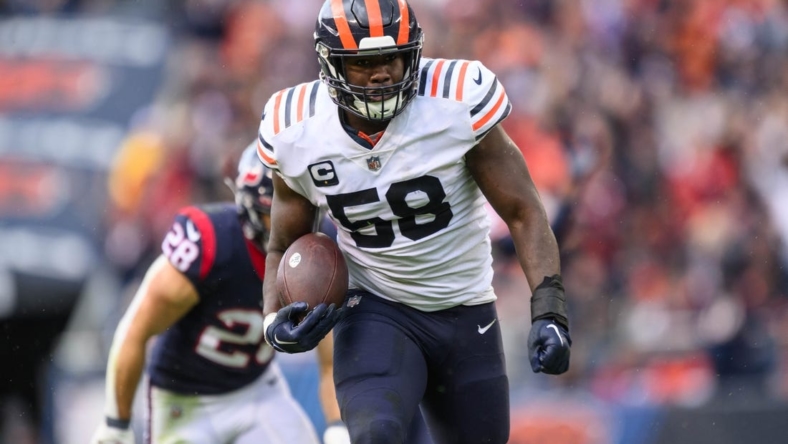 While the Ravens did not disclose the picks, the Bears also announced the deal and are getting second- and fifth-round draft picks in 2023.

The Bears also posted a thank you to Smith on Twitter.

Thank you for everything, Roquan ?? pic.twitter.com/J1wmlTNf6k

Smith, 25, is a two-time second-team All-Pro with the Bears and was drafted eighth overall out of Georgia in 2018. He represents an upgrade in the middle of the 3-4 defense in Baltimore, which now stacks three first-rounders at the position in Patrick Queen (2020, 28th overall), Odafe Oweh (2021, 31st) along with proven veterans Justin Houston and Jason Pierre-Paul at the fourth LB spot.

The Ravens are atop the AFC North at 5-3, but defensive standards are not being met.

The league-leader in tackles at 83, according the NFL’s official statistics, Smith is in the final year of his rookie contract. Negotiations between Poles and Smith’s representatives became contentious before training camp, when he demanded a trade.