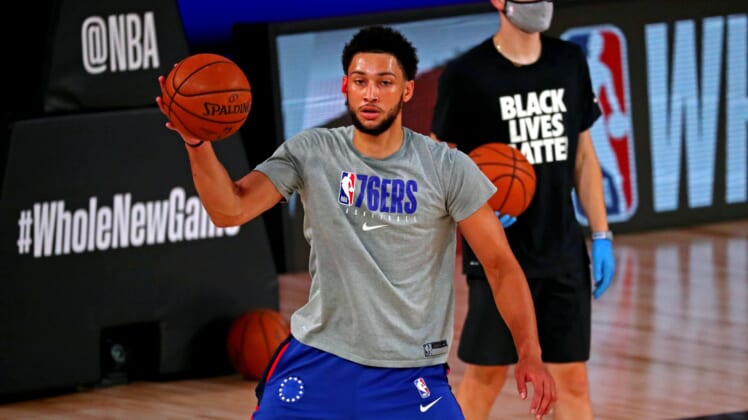 Philadelphia 76ers star Ben Simmons has been a contentious topic of debate around the NBA world over the past couple seasons.

That’s now been taken to a whole new level with news that the former No. 1 overall pick will miss the remainder of Philadelphia’s season, including its first-round outing against the Boston Celtics with a dislocated kneecap.

In talking about his team’s first-round series against the Sixers, newly-extended Celtics head coach Brad Stevens had a rather interesting take.

It’s hard to look at this any other way than the usually reserved Stevens taking a shot at Simmons.

All of this is likely to be moot. Philadelphia’s defense took a major step back when Simmons was sidelined this season. This is going to be magnified more going up against an elite duo in that of Jayson Tatum and Jaylen Brown in the first round of the 2020 NBA Playoffs.

In attempting to prop his Round 1 opponent up, Stevens might have also given Philadelphia bulletin board material. Despite the Sixers erratic play this season, their two stars seem to have a tremendous relationship both on and off the court.

We’ve already seen what can happen when Joel Embiid plays mad. Add in the absence of Simmons, and it will be interesting to see if the All-Star center plays with a chip on his shoulder.

As for the rest of this Philadelphia squad, the Celtics’ series could potentially be the final time we see it in its current iteration. That includes both Simmons and head coach Brett Brown.

It’s a major story as the 2020 NBA Playoffs finally get going at Walt Disney World in Orlando.