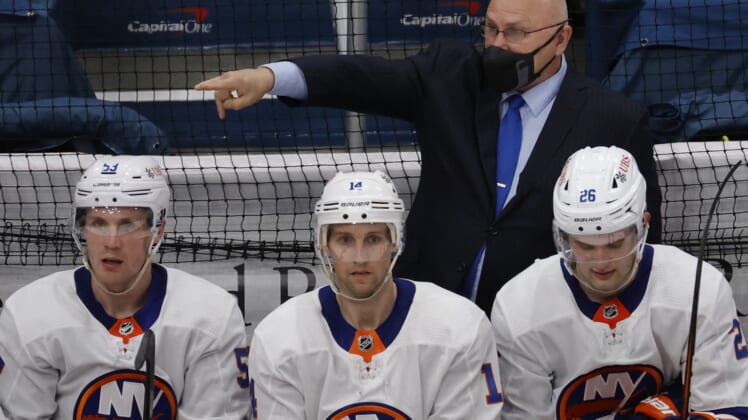 Oliver Wahlstrom, Anthony Beauvillier and Mathew Barzal also scored for the Islanders (30-15-5, 65 points), who moved seven points ahead of the fifth-place Rangers (26-19-6, 58 points) in the East Division. The Islanders’ magic number for clinching a playoff berth is four points, which means they can punch a postseason ticket in a rematch against the Rangers on Saturday night in Uniondale, N.Y.

The Islanders stayed one point ahead of the fourth-place Boston Bruins, who lengthened their lead over the Rangers by beating the Buffalo Sabres 5-2 on Thursday.

Varlamov, who had five shutouts for the Colorado Avalanche in 2014-15, made 25 saves in earning his 250th career win. He has blanked the Rangers three times this season — the first time any goal has recorded three shutouts of the Rangers at Madison Square Garden in a single season.

Igor Shesterkin recorded 23 saves for the Rangers, who lost for just the third time in 10 games.

Komarov, who played in just 28 of the Islanders’ first 49 games, scored 6:27 into the first period. It was his first goal since Feb. 21, 2020, when he scored against the Detroit Red Wings.

Wahlstrom, moving toward the slot, took a feed from Brock Nelson and fired a shot that sailed past Shesterkin for a power-play goal with 7:21 left in the first.

A faceoff win by Nelson led to Beauvillier’s goal just 63 seconds into the middle period. After Nelson outdueled Ryan Strome, the puck bounced to Scott Mayfield, who dished to Beauvillier, whose shot went under Shesterkin’s stick arm.

The Rangers pulled Shesterkin during a power play created when Barzal boarded Brendan Smith with 7:41 left, but they could not score. Barzal iced the win with an empty-netter seven seconds after exiting the penalty box.