Islanders’ Casey Cizikas to have hearing with NHL 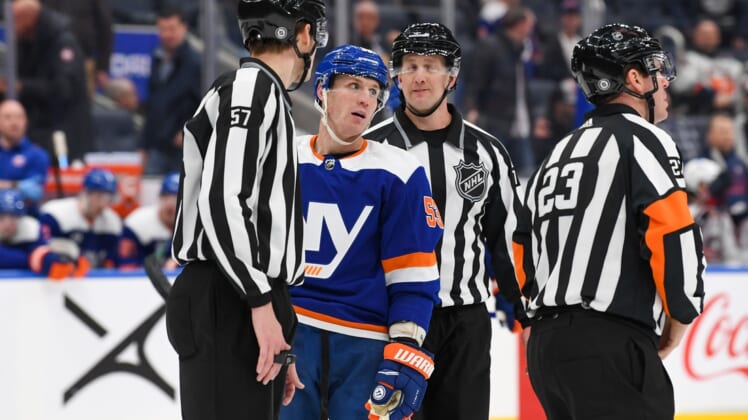 New York Islanders forward Casey Cizikas will have a hearing with the NHL on Saturday after his boarding incident involving Carolina Hurricanes defenseman Brendan Smith.

Cizikas received a two-minute minor penalty for hitting Smith early in the third period of New York’s 2-1 victory on Friday in Raleigh, N.C. Smith did not return to the game for the Hurricanes.

Cizikas, 31, has recorded 14 points (nine goals, five assists) in 63 games with the Islanders this season.