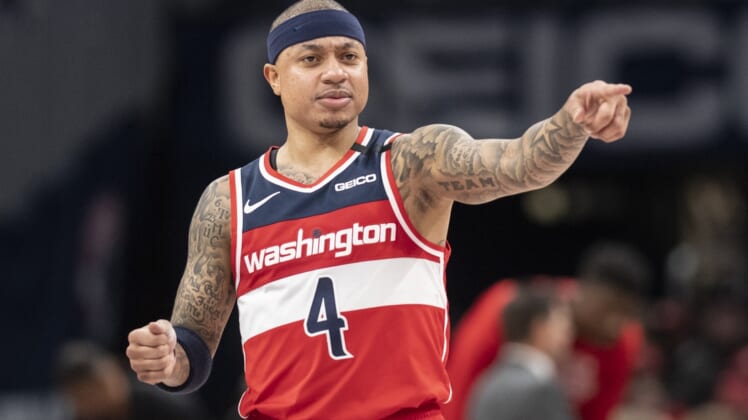 Feb 1, 2020; Washington, District of Columbia, USA; Washington Wizards guard Isaiah Thomas (4) during the the first half against the Brooklyn Nets at Capital One Arena. Mandatory Credit: Tommy Gilligan-USA TODAY Sports

The two-time All-Star last played on Feb. 3, 2020 with the Washington Wizards. He was traded to the Los Angeles Clippers on Feb. 6, 2020 and released three days later.

Last May, he underwent a resurfacing surgery on his right hip to prepare for the 2020-21 season.