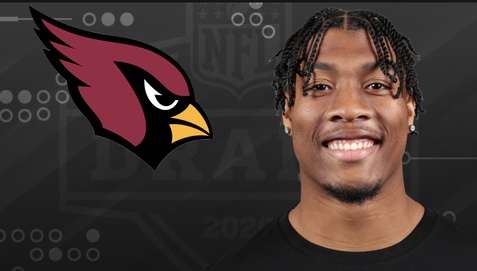 The Arizona Cardinals picked up Clemson defender Isaiah Simmons with the eighth overall pick of the 2020 NFL Draft, and the rookie has chosen to wear the No. 48 jersey.

Simmons shared his reason for picking that number on Monday during a press conference, and it’s pretty darn cool. As shared by Josh Weinfuss of ESPN, it’s because Arizona was the 48th state in the union.

Either Simmons is really smart and already knew that information, or he studied up on the state of Arizona after being drafted. Either way you slice it, that’s pretty awesome.

The Cardinals had Simmons fall right into their lap at No. 8 overall, which was one of the biggest surprises in Round 1. He’s a player many had pegged as a top-five lock ahead of the draft and has the potential to become an All-Pro at the NFL level.