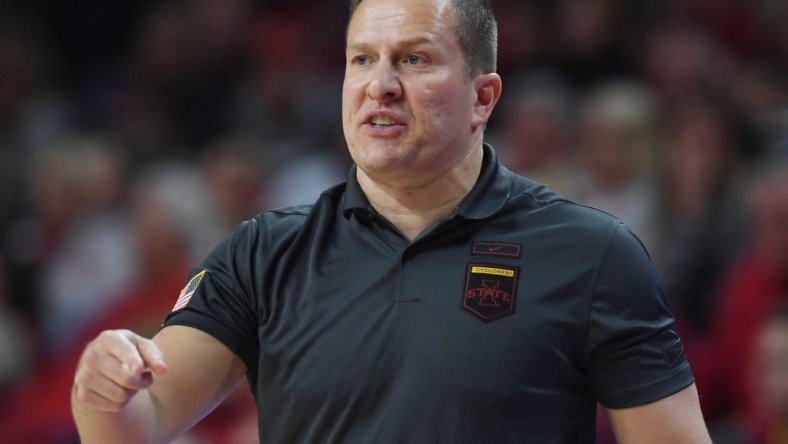 Aljaz Kunc registered a double-double of 17 points and 10 rebounds and Osun Osunniyi added 16 points to boost host Iowa State to an 80-43 victory against North Carolina A&T on Sunday afternoon in Ames, Iowa.

Osunniyi scored seven straight Iowa State points in the first 1:36 coming out of halftime, punctuating the surge with a 3-pointer that put the Cyclones ahead by 27 points. Iowa State (2-0) led by as many as 40 points as the Aggies (1-2) fell short in the Hawkeye State for the second time this weekend.

North Carolina A&T was coming off a 112-71 loss at Iowa on Friday night.

Kam Woods scored a team-high 17 points for the Aggies Sunday. He shot 3 for 6 from 3-point range on an afternoon the rest of his teammates struggled from deep. North Carolina A&T shot a collective 20.8 percent (5 for 24) from beyond the arc and 25.6 percent from the floor overall.

Love Bettis was the Aggies’ second-leading scorer with five points. He joined Jeremy Robinson as the only other North Carolina A&T players to make 3-pointers. Duncan Powell led the team with eight rebounds.

Jaren Holmes (13 points) and Tamin Lipsey (10) also scored in double figures for the Cyclones, who shot 47.1 percent while winning the rebounding battle 44-25.

Iowa State forced 13 turnovers while hounding the Aggies into 27.8 percent shooting to take a 39-16 lead into the break. Three successive treys from the Cyclones helped them build a 12-point advantage in the first eight minutes of the game, allowing the hosts to create separation they wouldn’t relinquish.

The Cyclones improved to 2-0 against the Aggies all-time. Iowa State topped visiting North Carolina A&T in the first meeting between the programs in November 2012.