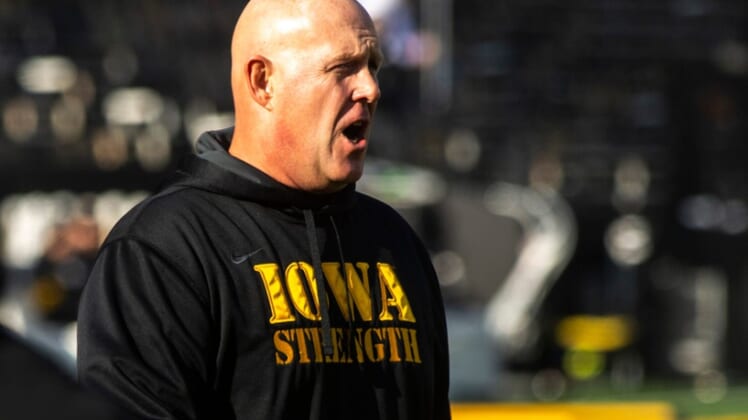 The Iowa Hawkeyes football program is in the news right now for all the wrong reasons, and it threatens the integrity of the program head coach Kirk Ferentz has led to national prominence in recent seasons.

“Doyle and I actually got into a physical altercation over my goal playing weight,” fomer Iowa player Darian Cooper said, via The Athletic. “I wanted to gain weight. Doyle responds by grabbing me by the stomach and making some rude comments. I end up having the push him against the complex to get off me.”

This all comes during an era in United States history that has seen racial tensions boil over following the murder of George Floyd by a then-Minneapolis police officer last week.

The allegations also come after Ferentz himself spoke out on Floyd’s murder and called for action.

Ferentz and the Hawkeyes football program has now taken action. The head coach announced on Saturday that Doyle has been placed on administrative leave pending an internal investigation into the matter.

Fall out for Ferentz and Iowa football?

That’s obviously a big first step given the nature of the allegations. Though, some will still wonder how Ferent did not know about the alleged mistreatment. We’re talking dozens of allegations.