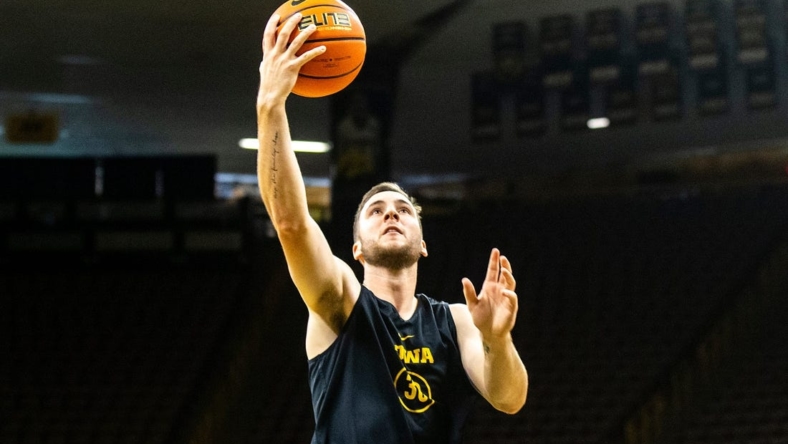 Payton Sandfort chipped in 13 points and Patrick McCaffery added 12 while helping the Hawkeyes shoot 50.7 percent in a game they led by as many as 38 points.

Bethune-Cookman scored the game’s first two points on free throws but couldn’t keep up after that, shooting 34.8 percent from the floor. The Hawkeyes (1-0) have won their past 12 season openers.

Iowa won the battle under the boards, 44-33. Murray and McCaffery had six rebounds apiece for Iowa. Perkins shot 7-for-9 from the floor.

The Hawkeyes opened the second half on an 11-0 run, punctuating the surge with a Rebraca dunk at the 17:07 mark. Bethune-Cookman needed 5:52 to register its first points of the second half, getting a three-point play from Harmon that snapped a drought of 11 straight missed shots out of halftime.

Iowa rolled to a 54-35 lead at the break behind 58.8 percent shooting that included 7-for-14 accuracy from behind the arc. Perkins (13 points), Murray (11) and Sandfort (10) all reached double-figure scoring for the Hawkeyes in the first 20 minutes.

The Hawkeyes were effective inside and in transition as well, outscoring the Wildcats in the paint 44-32 while scoring 23 points off 16 Bethune-Cookman turnovers.

The Wildcats’ Joe French, tapped as the Southwestern Athletic Conference preseason Player of the Year, struggled to find a rhythm scoring three points in 28 minutes on 1-for-5 shooting. French, who shot 44.1 percent from 3-point range last season, swished one trey in four attempts Monday.

Aaron Uhlis, a junior who was suspended for Iowa’s exhibition game against Truman State, had four points, four rebounds and three assists in 22 minutes.