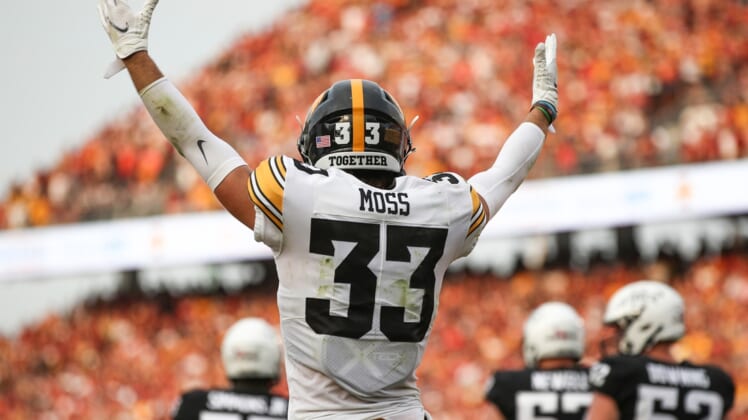 Reigning Big Ten Defensive Back of the Year Riley Moss is forgoing the NFL draft and returning for one more season at Iowa.

“I have always dreamed of being a Hawkeye and being able to live out this dream every day has been incredibly special for both me and my family. That’s why after talking with my family and doing a lot of self-reflection, I have decided to stay and continue being a Hawkeye for the 2022 season,” he wrote on Twitter.

“I have more goals I would like to achieve and this team has more goals to achieve as well. This has been the hardest decision I have ever had to make, and I am confident that I have made the right one.”

Moss played in 11 games in 2021, registering 39 tackles (three for loss) with four interceptions and nine passes defensed. He returned two interceptions for touchdowns in a season-opening 34-6 win against Indiana.