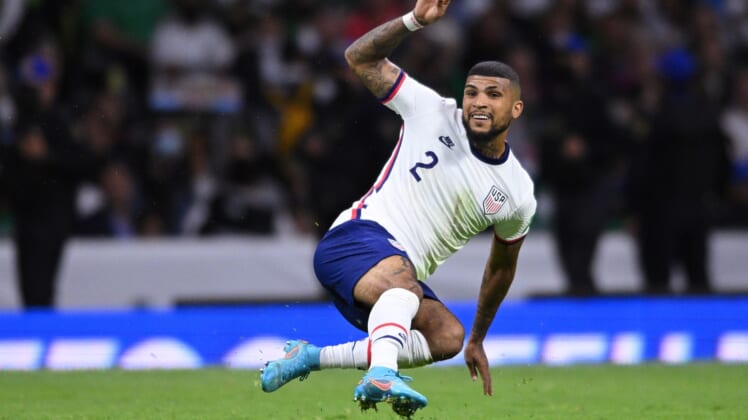 It will be the 28-year-old’s first match in Seattle since he left his hometown Sounders back in 2014 to begin a European career.

He spent most of the next eight years in the English Premier League with Tottenham Hotspur, Sunderland and Newcastle United. After one final European stop at Turkish stalwarts Galatasaray, Yedlin returned to MLS with Miami, where he has started all six matches for manager Phil Neville.

Miami (1-4-1, 4 points) visits Seattle (2-2-1, 7 points) on the heels of its first victory, a 3-2 home win over the New England Revolution last weekend on the strength of Leonardo Campana’s first career hat trick.

Campana played in place of Gonzalo Higuain, who is expected to miss his second start Saturday with a knee injury.

The Sounders could be forgiven for overlooking Miami after advancing Wednesday night to the final of the CONCACAF Champions League.

Seattle drew the second leg of their semifinal 1-1 at New York City FC to win the series 4-2 on total goals and seal their first CCL finals appearance. Raul Ruidiaz scored the visitors’ goal and Stefan Frei made seven saves to keep the score level.

The Sounders will face Pumas UNAM in Mexico City on April 27, with the second leg in Seattle on May 4.

Often MLS teams have struggled in league games following continental competition. But Sounders coach Brian Schmetzer shot down the suggestion his team would not treat Saturday with the same seriousness.

“The culture of this club is to win every trophy, every game, every competition,” he said. “We take all the games seriously. We don’t buy the excuse where if you commit to one tournament you can’t proceed or do well in the other.”