Inter Miami visit Crew as both cling to playoff spots 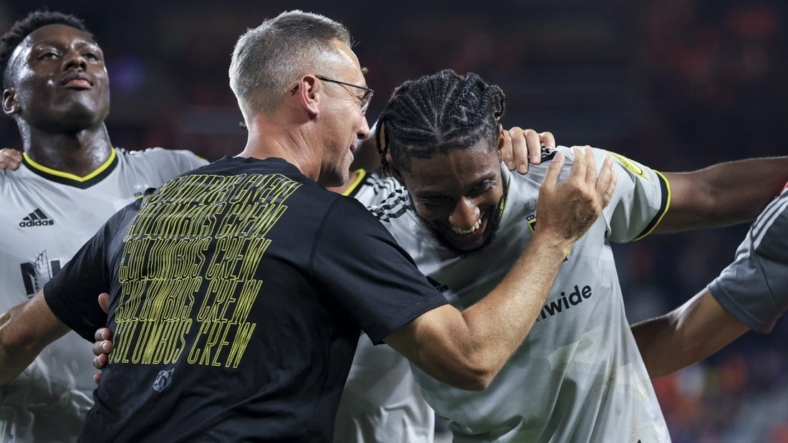 Hoping to avoid being fodder for the home team in a second straight game, Inter Miami will play at the Columbus Crew in a key Eastern Conference matchup Wednesday.

The Crew (8-6-12, 36 points) have struggled at home. But the New York Red Bulls also were in that predicament prior to defeating Inter Miami 3-1 on Saturday to snap a four-game home winless streak.

“At this stage of the season, you can’t dwell, you can’t feel sorry for yourselves,” Inter Miami coach Phil Neville said. “We’ve got a big game on Wednesday, and we have to make sure everyone’s right and keep positivity in the camp.”

Miami (10-11-6, 36 points) is sixth in the conference, a spot ahead of the Crew based on more wins. The Crew have eight games left, one more than the Herons. The top seven teams qualify for the playoffs.

While that result moved the Crew to 5-1-8 in the past 14 games, with three consecutive ties, coach Caleb Porter still is yearning for more.

“These guys are fighting their asses off,” Porter said. “And I think it would be nice if the fans start to talk a little bit better about the fight that this group is showing. I think they deserve that based on what we’re doing.”

Inter Miami will face the Crew without Alejandro Pozuelo, who received a straight red card in the 27th minute against the Red Bulls.