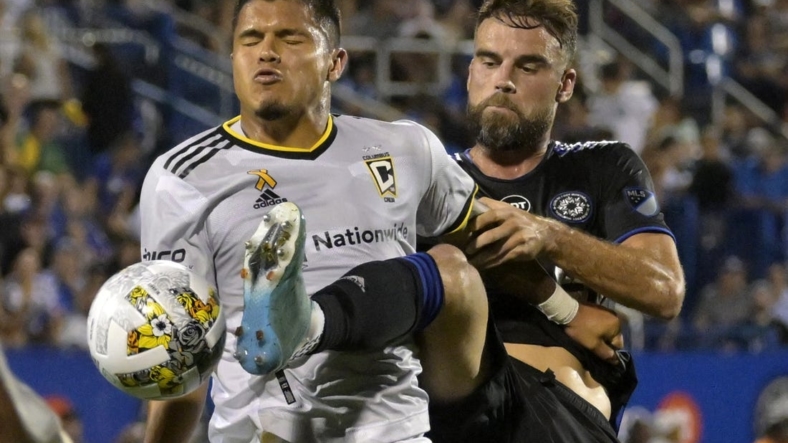 The Columbus Crew can tie the franchise unbeaten road record Tuesday, but more importantly, they can enhance their playoff chances when they visit fading Inter Miami.

Columbus (9-6-14, 41 points) holds the seventh and final postseason spot in the Eastern Conference by three points with a game in hand over eighth-place New England, while ninth-place Miami (10-13-6, 36 points) trails the Crew by five points.

It is crunch time for Miami, which failed to narrow the gap Saturday by losing 3-1 at Chicago for its third straight defeat. They are one of nine teams within eight points of one another in the crowded Eastern Conference, battling for the final three playoff spots.

“We’ve got to remain balanced. We’ve got to think out the next five games,” Miami coach Phil Neville said. “We know there’s loads of points to play for, we know it’s the teams that recovers emotionally and physically and mentally from these setbacks that are going to be successful … It’s about the team that keeps their nerve.”

The Crew, with three wins and five ties in the past eight road games, can match their 2004 record (2-0-7) with a ninth consecutive match without a defeat away from home. Yet, Friday’s result left them salty following a 2-2 tie at CF Montreal.

Columbus held a 2-0 lead before Luis Diaz was sent off in the 76th minute for kicking the leg of Kei Kamara away from the play. Montreal took advantage to score in the 89th minute and then again in the fourth minute of stoppage time.

The dropped two points kept the Crew from vaulting into fifth place, costing them some breathing room.

“We’ve got a quick turnaround here,” Crew coach Caleb Porter said. “We’ve got to put it behind us because we go on the road again to play Miami. When the dust settles, yes, it’s a point. And I told the guys they can’t forget how well we played for 75 minutes to go up 2-0. We just have to learn from the end.”

The inability to hold leads has been a season-long challenge for the Crew. They have dropped 17 points from winning positions.

Yet they still have two wins and five ties in the past seven games and have lost just once since May 21 — 2-1 at home against Montreal last month — compiling a 6-1-10 mark over the past 17.