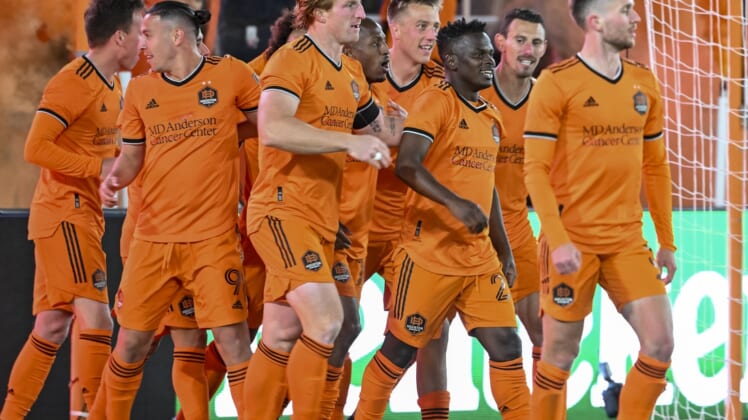 While it has not necessarily been an awful start to the 2022 season for the Houston Dynamo, the club is hoping for more consistency as it returns from the two-week international break.

Houston enters the weekend in 10th place in the Western Conference and is coming off a 1-1 tie at home against Colorado on March 19.

Darwin Quintero leads the Dynamo with two goals, while Tyler Pasher has one goal. Houston was held without a goal in its first two games of the season.

Houston also hopes the arrival of Brazilian forward Thiago Fernandes will add some firepower to its lineup. Fernandes, 21, was signed on a one-year loan from Brazilian club Flamengo with a purchase option on his contract.

“He is a high-potential player that can change a game with his approach and determination in the final third,” Houston coach Paulo Nagamura said in a statement.

Inter Miami are hoping the two-week break will help them end their early-season struggles.

After numerous offseason changes, Inter Miami has been outscored 10-2 over its first four games. The club’s lone point came in a scoreless tie in its season opener against the Chicago Fire. Miami is last in the Eastern Conference with 13 shots on target but is actually one better than the Dynamo’s 12.

Inter Miami forward Ariel Lassiter will get a chance to take on his former team, who he played for in 2020 and 2021.

Leonardo Campana and Gonzalo Higuain have scored the two goals for Miami.

In the only meeting between the teams, Inter Miami beat Houston 1-0 late in the 2020 season.