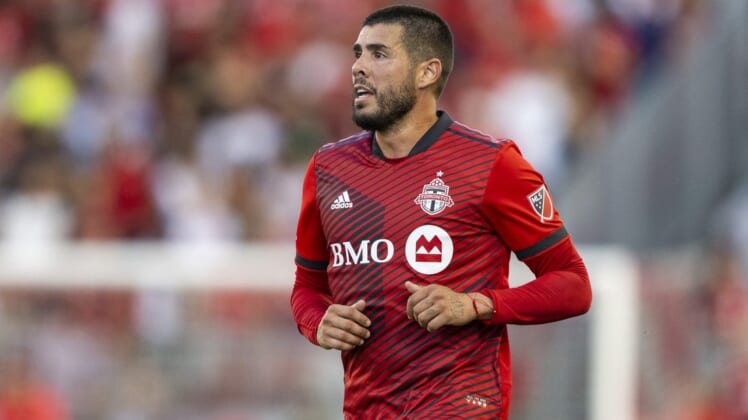 “We’re thrilled to be able to welcome a player of Alejandro’s caliber. He has proven himself to be one of the brightest talents in the league and we are confident that will continue here in South Florida,” Inter Miami sporting director Chris Henderson said in a news release. “We were looking to add a decisive, creative attacking player and we feel he fits the profile.”

Pozuelo tallied four goals and five assists in 16 starts this season with Toronto. He totaled 26 goals and 31 assists in 88 MLS matches (81 starts) since joining the Reds in 2019, including nine goals and 10 assists in his MVP campaign.

“We believe Alejandro will fit right in with our group. He’s a player of tremendous quality that we feel can be a real game changer for us,” said head coach Phil Neville. “We can’t wait to integrate him into the squad and are looking forward to seeing him on the pitch in Inter Miami colors.”

As part of the trade, Toronto retains a sell-on percentage in the event of a future permanent transfer of Pozuelo outside of MLS or a trade within MLS. Inter Miami will send additional GAM if he reaches certain performance-based incentives.