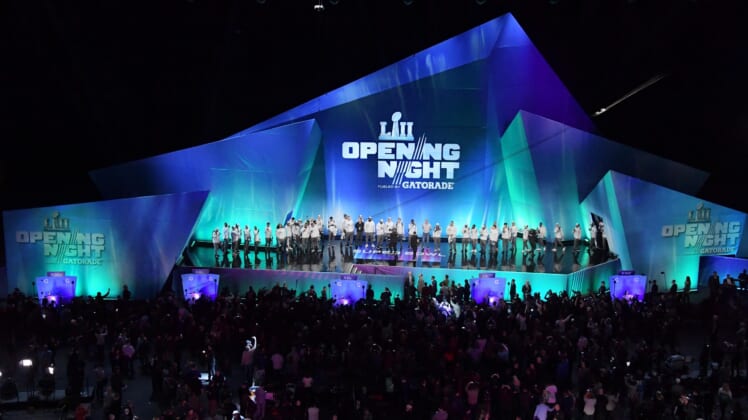 Just like we saw all season long, the NFL saw television ratings take another dive during Super Bowl LII. This year’s Super Bowl ratings dipped to the lowest level we’ve seen since 2009, which has been spun up by the folks who love to say the NFL is in a decline.

We’ve been banging on a different drum recently, however. Which is to say that, despite the numbers we’re seeing, the NFL is far from a broken commodity. In fact, compared to every other show on television, business is booming for this pro sports league (more on that here).

Now here’s a bit more context that lends credence to that argument. Just check out how many more people are watching the Super Bowl nowadays compared to the other No. 1 primetime entertainment shows from the past decade.

Difference in audience between the Super Bowl and the #1 primetime entertainment show, last 10 years:

As you can clearly see, even though this year’s Super Bowl was slightly down from last year’s epic comeback win by Tom Brady and the New England Patriots over the Atlanta Falcons — 28-3 will forever be etched in our memories — it was downright dominant compared to anything else.

Also, since everyone is comparing this past Super Bowl to 2009 — the last time the ratings were as “low” as they were last Sunday night — these numbers show interest in the big game is actually higher by more than double proportionally to other top entertainment than it was a decade ago.

We’ve also pointed out in the past that cord cutters are converting en masse these days, which skews the ratings numbers at least somewhat, if not quite a bit.

Are television ratings declining? Yes. But they’re declining across the board, and the NFL is still the king by a country mile.