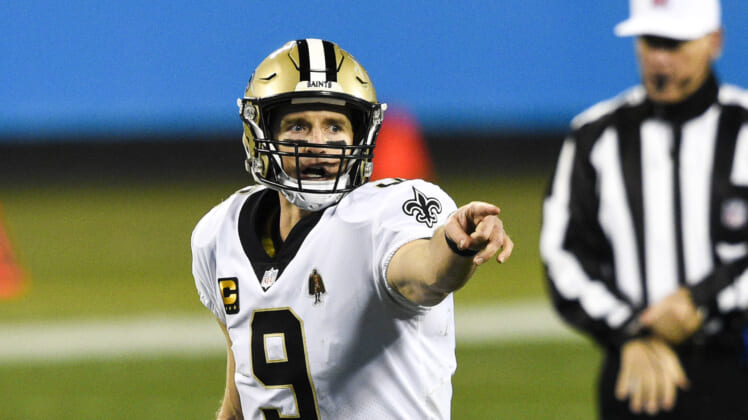 It doesn’t take much to spark a frenzy among the NFL community. Our latest example of this craze came when Drew Brees took to social media with a strange statement, leaving open the possibility of a potential comeback during the 2022-23 NFL season on May 15.

With media career looming, Brees isn’t expected to play in 2022

After spending a year out of football after his 2021 retirement, Brees could be heard working for NBC on their weekly Sunday Night Football broadcasts last season.

The future Hall of Fame quarterback has even more recently been linked to other broadcasting gigs, with FOX Sports reportedly interested in his services.

But those aren’t the main reasons why most don’t anticipate ever seeing the 43-year-old Brees on the football field again as an NFL QB.

As ESPN’s Ed Werder passes along, Brees had shoulder surgery just two weeks ago, and likely wouldn’t even be able to play football until September or October at the earliest.

Since Brees is still under contract with the New Orleans Saints, any team looking into adding the Super Bowl QB to their depth chart would have to negotiate a trade for him first.

Then, adding the fact that Brees won’t be around for training camp, reducing the amount of time for him to develop chemistry with a new set of receivers, and it’s incredibly unlikely that he would suit up next season.

Maybe Brees had shoulder surgery in anticipation of someday wanting to be ready, just in case the Saints, or another team called late in the year, or maybe he just wanted to address a medical issue he no longer wanted to battle with in his day-to-day life, it doesn’t necessarily mean he’s ready to get back in the NFL.