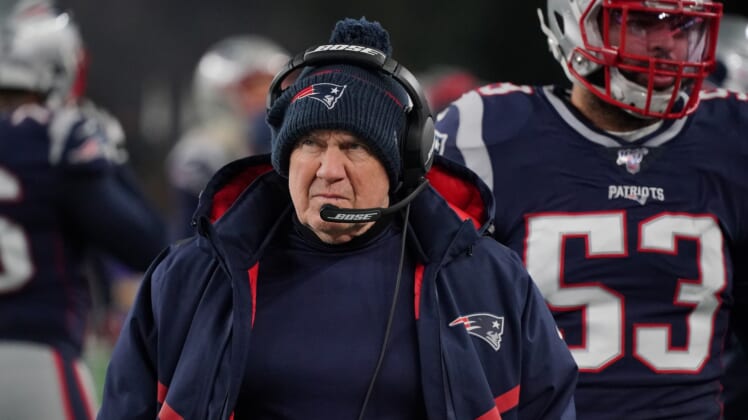 The New England Patriots head into the playoffs without a first-round bye and face their longest road to the Super Bowl since 2009. While confidence might not be high heading into the wild-card game, this stat shows why Foxborough will likely be celebrating on Saturday night.

According to SBNation’s Ryan Spagnoli, the Patriots are 10-1 under Bill Belichick when they face one of the NFL’s top-five rushers from that season. On Saturday, New England’s defense will face the Tennessee Titans and the NFL’s leading rusher in Derrick Henry.

The 25-year-old running back has certainly been a force on the ground this season. He led the NFL with 1,540 rushing yards on 303 carries, averaging a staggering 5.1 yards per carry this season and scoring 18 total touchdowns.

Facing the 6-foot-3, 247-pound running back can certainly be an intimidating matchup. However, Belichick is known for finding a way to contain his opponent’s best player. In Tennessee’s case, that could be bad news for Henry.

While the Patriots’ offense is struggling to find its consistency, Belichick’s defense has proven it can carry the weight and could deliver another playoff win this weekend.