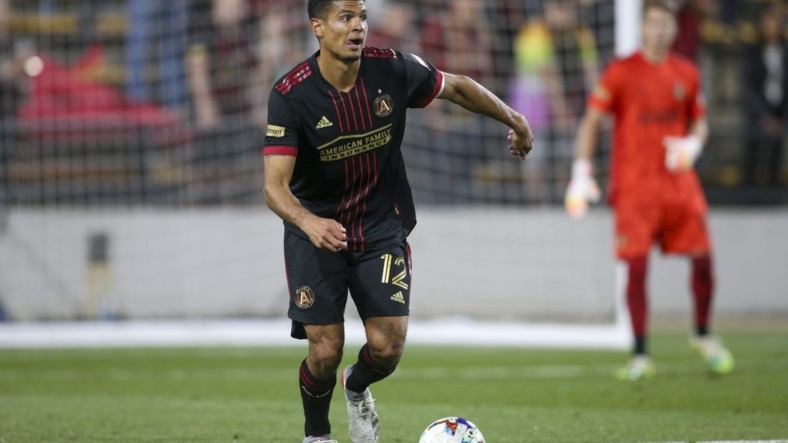 Atlanta United and USMNT centerback Miles Robinson was arrested Saturday and charged with theft by taking after reportedly refusing to pay for a drink.

Robinson, 25, was arrested by the Cobb County Police Department and charged with misdemeanor theft. He was released after posting $150 bond.

“We are aware of a recent misdemeanor arrest involving Miles Robinson,” Atlanta United said in a statement. “We are continuing to gather all information related to the incident and will not have further comment at this time.”

Robinson is out for the season after rupturing his Achilles in May. He’ll also miss the upcoming World Cup in Qatar.

Robinson was arrested at PBR Atlanta at The Battery Atlanta after allegedly taking a shot of liquor from a waitress and refusing to pay for it, according to The Atlanta Journal-Constitution.

Robinson was injured in a game against the Chicago Fire on May 7. Robinson went down with a non-contact injury in the 14th minute. He left the field on a stretcher. He underwent surgery two days later.

Robinson has started 85 of his 96 appearances on Atlanta’s back line since 2018. He has one career goal and one assist.