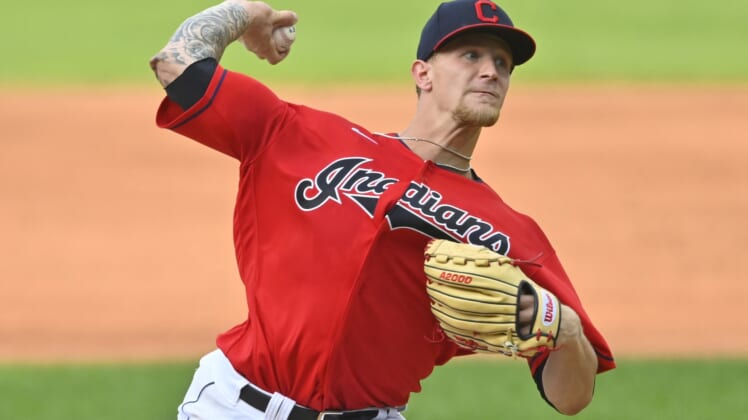 Plesac’s suspension comes at a time when the St. Louis Cardinals are sidelined indefinitely due to COVID-19 spreading across their clubhouse, highlighting the risks of MLB playing outside a bubble.

According to The Athletic’s Ken Rosenthal and Zack Meisel, Plesac angered teammates and club officials by going out with friends during the team’s series in Chicago over the weekend.

The violation follows MLB implementing strict safety guidelines that required all players to receive approval from a compliance officer before leaving the hotel. The 25-year-old opted to go out and the decision will prove to be costly.

Plesac was sent home Sunday by the team and will now be quarantined for 72 hours, while undergoing daily COVID-19 tests. If he is cleared by Thursday, there’s a chance he could rejoin the team for their series against the Detroit Tigers.

The young righty has been dominant this season for Cleveland. Across three starts, he holds a 1.29 ERA and 0.67 WHIP with 24 strikeouts and only two walks allowed over 21 innings.

MLB teams have started putting greater emphasis on following the COVID-19 protocols after seeing the Cardinals and Miami Marlins sidelined by outbreaks.

While the Marlins have returned to play, the Cardinals have been quarantined since July 31 and won’t return until Aug. 13 at the earliest.