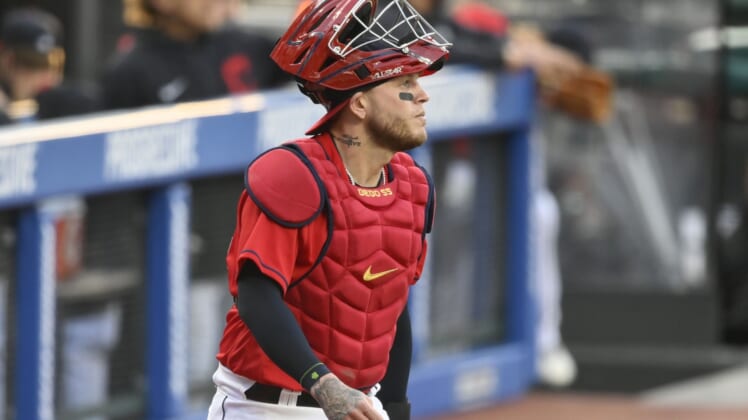 The Indians said Perez will be sidelined from 8 to 10 weeks. The team said he had three pins inserted into the hand.

Perez, who was placed on the injured list on Wednesday, sustained the injury in mid-April when he was crossed up by reliever James Karinchak and attempted to catch the pitch with his bare hand.

He attempted to play through the injury in ensuing weeks but it became apparent the hand was bothering the two-time Gold Glover when he began lobbing the before-inning throw to second base instead of firing it.

Manager Terry Francona said Chris Hedges and Rene Rivera will split the catching duties while Perez is sidelined. The 37-year-old Rivera caught his first game of the season on Thursday and went 3-for-4 in a 4-0 victory over the Kansas City Royals.

Hedges was listed as the starter for Friday’s game against the Cincinnati Reds.

“I would say we’ll see how it goes,” Francona told reporters before Friday’s game. “I think it’s easy to say, ‘Well, Rene had three hits yesterday, why don’t you play him today?’ But that was his first game that he’s actually caught nine innings. So, we don’t want to overdo him either.

“So, we’ll try to use good judgment. My guess is you’ll see Hedges catch more, maybe not quite as much as Roberto was.”