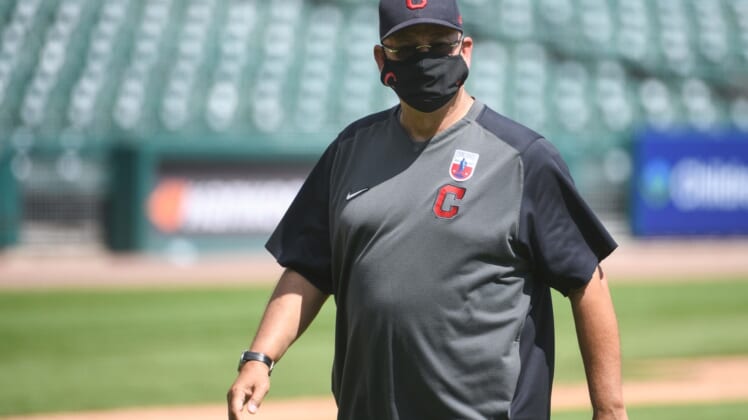 Cleveland Indians manager Terry Francona recently underwent surgery on his left big toe due to a staph infection, he told reporters on Friday.

Francona said part of the bone was removed during his 10-day hospital stay at the Cleveland Clinic. He is currently on crutches and sporting a walking boot.

Francona said his left foot began hurting in November. He was being treated for gout over the next two months while living in his offseason residence in Tucson, Ariz., when he decided to travel to Cleveland. The staph infection was discovered by doctors at the Cleveland Clinic.

“I still have my toe,” Francona said during a Zoom call. “They just went in and took out some of the bone that was infected and they replaced that with some cement. I guess the cement oozes like antibiotics and I’m also getting the IV antibiotics.

“After another three weeks, I think it’s March 7, I’ll be done with the antibiotics, I’ll be able to start getting off of the crutches a little bit and then they’ll see how I’m doing as far as, did the staph go away completely, and they’ll look at it again.”

Health problems are nothing new for the 61-year-old Francona, who managed just 14 of Cleveland’s 60 games in 2020 due to gastrointestinal and blood clot issues.

In October, Francona revealed that he underwent “nine to 10 surgeries” during last season’s health crisis. He had three surgeries for blood clotting during a four-day span in mid-August that led him to land in intensive care at the Cleveland Clinic.

Francona is beginning his ninth season with the Indians, a stint that was highlighted by reaching the World Series in 2016 before falling to the Chicago Cubs in seven games.

In addition to his tenure with the Indians, Francona served as manager of the Boston Red Sox for eight seasons (2004-11) and won World Series titles in 2004 and 2007. He also managed the Philadelphia Phillies for four seasons (1997-2000).