ESPN reported that the 31-year-old veteran is being treated for an “upper back/neck injury.” The Athletic said Hilton got hurt in practice on Wednesday and will miss “multiple weeks,” but it is not considered a season-ending injury.

Indianapolis opens the season at home against the Seattle Seahawks on Sept. 12. 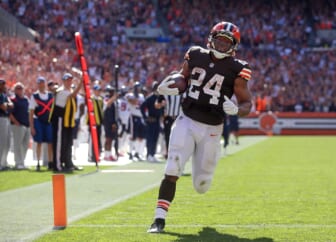 A four-time Pro Bowl selection, Hilton is entering his 10th season with the Colts. He signed a one-year deal for $8 million in March.