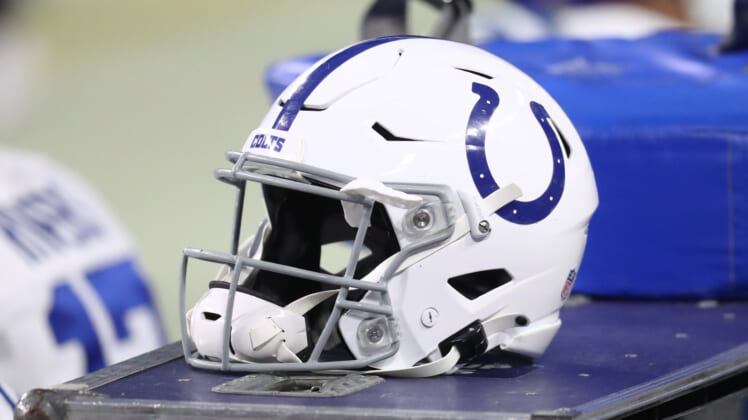 After trading Carson Wentz and then making another move to bring Matt Ryan to town, the Indianapolis Colts have already made a massive change at quarterback this offseason. They’ve also added a Pro Bowl pass-rusher by trading for Yannick Ngakoue, but as Colts team owner Jim Irsay tells it, there’s more work to be done this offseason. In particular, adding top talent to the defense.

With several accomplished free agents still available, we speculate on just who the Colts might be targeting. First, the specifics on just what Irsay was getting at.

Sitting down to interview with the Indianapolis Colts’ team website, Irsay suggested general manager Chris Ballard might have another big move to make in free agency. It’s not mentioned in this quote, but Irsay is specifically talking about adding a defender.

“There could be — it would have to be at the right price — an addition that excites some,” Irsay said. “But we’ll see. Chris Ballard is looking hard at that. It has to be the right guy at the right number. One more veteran to come in and make a big difference.”

The Colts traded Rock Ya-Sin in the Ngakoue trade, maybe they’d like to replace his spot in the depth chart? That’s a possibility along with a few other defensive needs. With over $20 million to spend, the Colts still rank among the top-five in salary cap space this offseason, so they should be able to sign anyone they want, if there’s enough mutual interest.

We know the Colts are still kicking the tires on free agents before the draft begins in late April, but just who might they be looking at signing? Bobby Wagner signed with the Los Angeles Rams since this interview, so maybe he was a possibility, but even so, there are other players out there. Let’s have some fun and speculate on who they might be.

That’s it. That’s the list. There simply aren’t that many top-rated defenders left in free agency who fit the Colts’ current roster needs. They’ve already addressed their pass-rush and have more young depth behind Ngakoue and Kwity Paye with Dayo Odeyingbo, so it’s unlikely to be an edge rusher such as Jadeveon Clowney or Melvin Ingram.

Unless they’re somehow going to get involved in another trade, going after Jessie Bates, who hasn’t signed his franchise tag with the Bengals yet, there’s pretty slim pickings, when it comes to a household name anyway. There’s still plenty of depth remaining.

Still, landing either Mathieu or Gilmore would look really good on paper in what’s already been a productive Colts offseason. Can they pull another big move off? We’ll just have to wait and see.