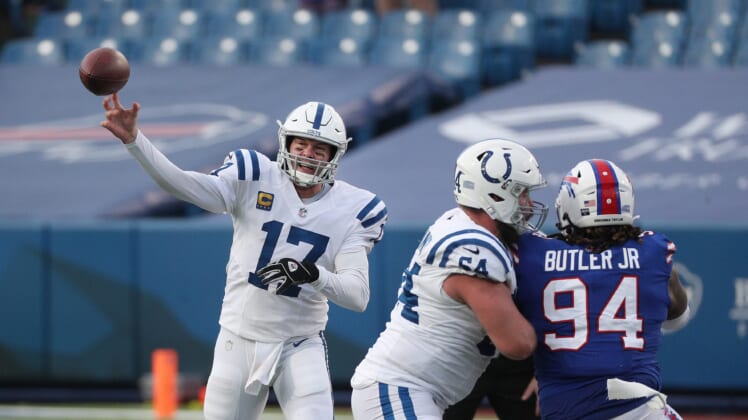 Recently, we heard about the New Orleans Saints trying to pull a few retired quarterbacks off their couches before Christmas. Now, the Indianapolis Colts are attempting to do the same, and like the Saints, they had ideas of turning to an old friend, 40-year old Philip Rivers.

According to Zac Keefer of The Athletic, the Colts were interested in adding Rivers after Carson Wentz went on the league’s COVID-19 reserve list. In fact, he mentions it’s being discussed, whether that is primarily internally, or if that includes dialogue from Rivers remains to be seen.

The last we had heard from Rivers was in early November after Jameis Winston tore his ACL. At that time, the 17-year vet was intrigued by a potential return to the NFL. Rivers mentioned he “would listen” if the Saints did have interest in signing the former Chargers and Colts QB. 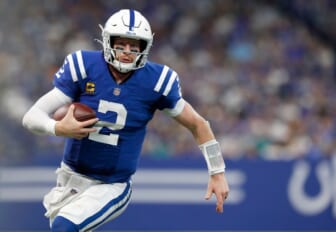 Since Rivers didn’t close the book back in November, who’s to say he’s not curious about joining the Colts in pursuit of another playoff run? The fit with the Colts makes a lot more sense, being that Rivers already has familiarity within the offense, including chemistry with its receivers and he led the team to the playoffs in 2020.

Rivers retired after the Colts lost 27-24 to the Buffalo Bills in the Wild Card Round. Since his retirement, Rivers got involved in coaching at the high school level. It’s clear the competitive spirit hasn’t left Rivers and he still has a passion for the game of football. Coming back, even in Week 17 remains a possibility.

If the Indianapolis Colts don’t sign Rivers before their Sunday matchup with the Las Vegas Raiders, rookie sixth-round pick Sam Ehlinger is expected to start his first NFL game under center.