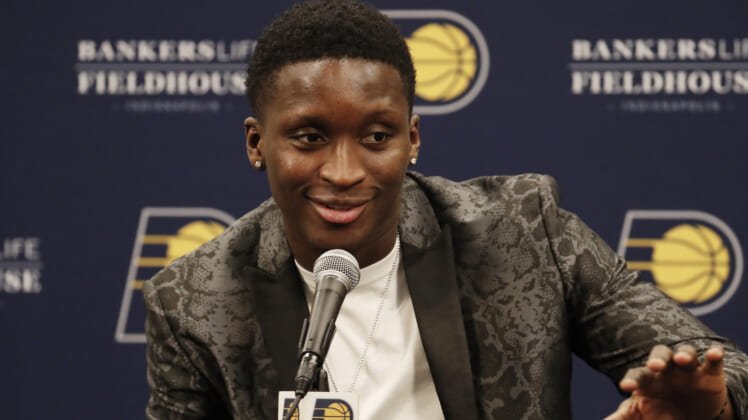 Indiana Pacers star guard Victor Oladipo played in a couple of their exhibition games leading up to the team’s first regular-season outing at Walt Disney World against the Philadelphia 76ers Saturday night.

Though, the All-Star had not committed to taking to the court for the final eight regular-season games and the playoffs. Until now.

The guard had returned to the court back in January after a year-long hiatus due to a ruptured quad tendon he suffered back in 2019. That played a role in Oladipo refusing to commit to playing during the NBA restart in Orlando. In fact, he had initially decided to opt out.

This is some pretty big news for a Pacers squad that heads into Saturday night’s action with a 39-26 record and as the fifth seed in the Eastern Conference.

Victor Oladipo has morphed into a star since Paul George trade

The centerpiece in the deal that sent Paul George to the Oklahoma City Thunder ahead of the 2017-18 season, this former No. 2 overall pick has morphed into a star for the Pacers.

Though, he struggled once returning from injury this past January. The guard averaged 13.8 points on 39% shooting before the season was suspended back on March 11.