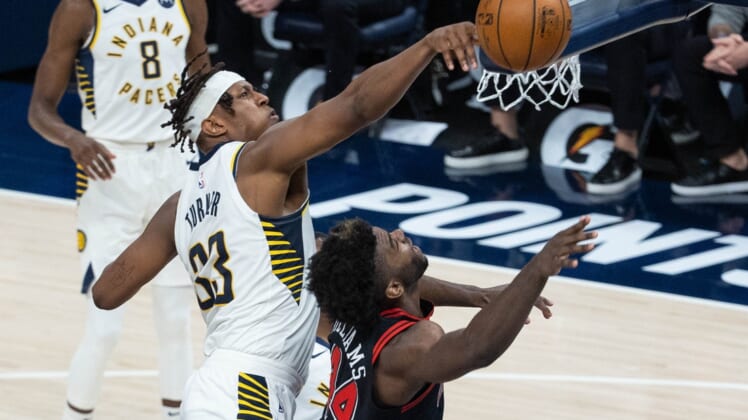 Indiana Pacers center Myles Turner is out indefinitely with a toe injury, the team announced Monday.

The Pacers said an MRI exam performed Monday revealed that Turner has a partial tear of the plantar plate in the big toe of his right foot.

Turner missed six games with an ankle injury before returning in Sunday’s 129-117 loss to the Atlanta Hawks. He had nine points and 11 rebounds but was just 2-of-9 shooting in 34 minutes of action.

The 25-year-old is averaging 12.6 points, 6.5 rebounds and an NBA-leading 3.4 blocked shots in 47 games this season. He is considered a leading candidate for Defensive Player of the Year honors.