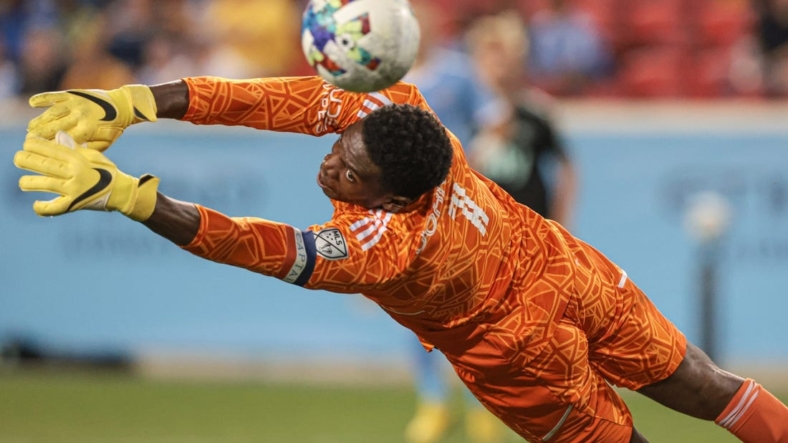 New York City FC attempt to break out of their deep slump when they host FC Cincinnati on Wednesday night.

Adjusting to life without one of the stalwarts of last season’s MLS championship team hasn’t been smooth. NYCFC has been outscored 16-9 during the eight-game stretch.

The struggles were again evident in Sunday’s 3-0 road loss against the New England Revolution.

Despite the deep funk, NYCFC still reside in fourth place in the Eastern Conference. Goalie Sean Johnson has been superb and is tied with the Philadelphia Union’s Andre Blake for the league lead with 13 shutouts.

FC Cincinnati (9-8-11, 38 points) are currently in the eighth position, just below the playoff line in the East. Cincinnati has the same number of points as No. 7 New England.

Cincinnati also owns a seven-match unbeaten streak (2-0-5) and is coming off a 2-0 home win over Charlotte FC.

“Certainly, an important win for our group,” Cincinnati coach Pat Noonan said. “The most important thing was to just walk off the field with three points, regardless of how it looked. That’s a credit to the group.”

Luciano Acosta contributed one goal and one assist. Acosta has seven goals and a league-best 16 assists. Nick Hagglund scored Cincinnati’s other goal.

“It feels like it’s been coming for a while,” Noonan said of Hagglund’s first goal of the season. “He’s done a really good job of putting himself in a position to finish plays off on set pieces. … It was good to see Nick finally finish one off.”

New York City FC are 6-0-1 all-time against Cincinnati, including a 4-4 tie on June 29. Brenner had a hat trick for Cincinnati.

Brenner’s nine goals are second on the squad behind star Brandon Vazquez’s 16.